The types of chili available in Guatemala

If you have visited Guatemala and you like the spicy flavor of our Guatemalan cuisine, then you will like to know more about the main types of chili that originate and are cultivated in the territory of Guatemala.

Guatemala is known for its agricultural industry and for being the center of origin for the diversity of cultivated plants and for the most important types of chili found in Central America today. In fact, after the discovery of the American continent, chili was one of the foods that spread the most in Europe and Asia, being most of these from Guatemala. 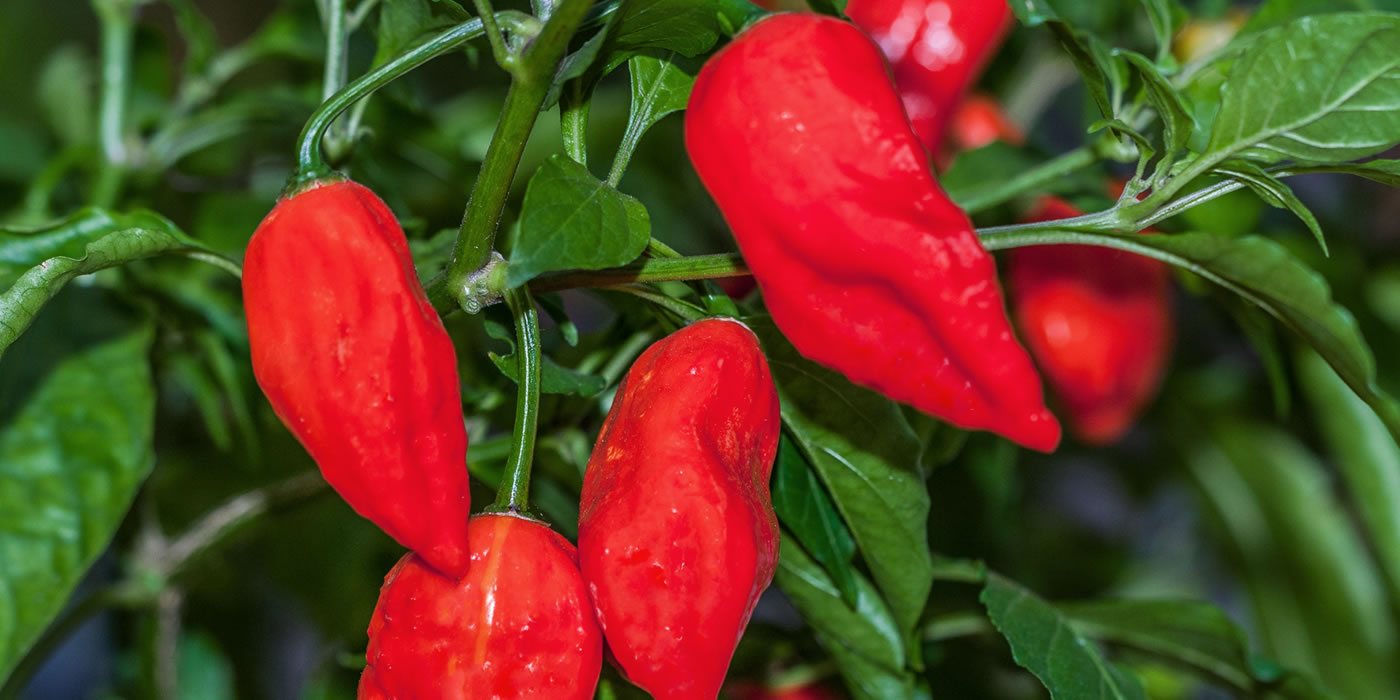 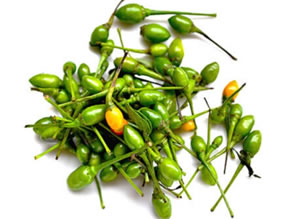 Physically it has a round small shape, it resembles the cobanero pepper and grows especially in the warm areas of the country. It has a medium spicy flavor. It is very easy to find in any local market and it is very popular. Very traditional in many local recipes in Guatemala, specially in sauces. 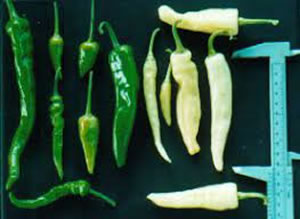 It is grown in places on the south coast, east and especially in Petén, north of Guatemala. Its color is whitish yellow. It has a medium spicy flavor. It is not that popular in the central territory of Guatemala and it is not that easy to find. It resembles the Chocolate chili, differing from it in that the immature fruit of the white chili is whitish yellow, a state in which it is also consumed 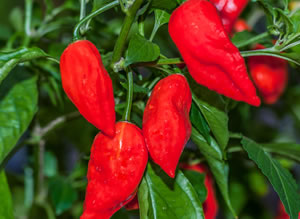 Mainly it is cultivated in localities of the department of Petén and Santa Rosa (north of Guatemala). Like the Blanco chili, it is a little more difficult to find in the central area of Guatemala. 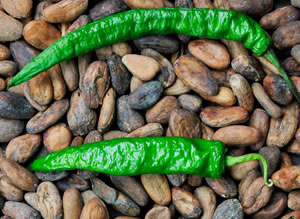 It is a very versatile chili, since it is cultivated in warm, humid and dry regions of Guatemala. There are records that suggest that this is the key ingredient that the Mayans used with cocoa to make their traditional chocolate drink. Well known for its very special and unique spicy flavor. It is easy to find in any market in the country. This chili, especially appreciated in Guatemala, is part of the ingredients of many traditional Guatemalan dishes. It has a low-medium spicy flavor, less spicy when compared to Chiletepe chile. 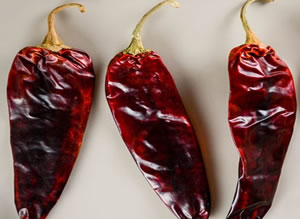 They are mainly grown in the central highlands and some towns in the department of Sololá. In addition, it is the symbol of the San Andrés Itzapa region, where a local food called Cherepe is prepared, prepared with this chili. It has a soft-low spicy flavor. This type of chili is also used for many other Guatemalan recipes including sauces, including the famous Guatemalan Tamal. 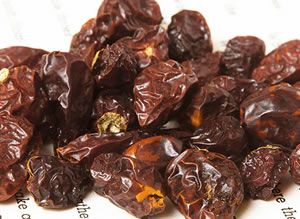 Originally from the Verapaces and is currently also grown in Petén and Izabal. Chile Cobanero is very popular in Guatemala for its spicy and delicious flavor, but its origin dates back to the period of the Mayans. It is perhaps the best known chili from Guatemala and for good reason. A condiment that is widely used in Guatemalan gastronom. It is a round chili pepper with an intense red color, very easy to recognize. In the history of Guatemala, this hot pepper dates back to even long before the times of the Spanish Conquest. It has a strong spicy flavor.

Grown in cold and temperate climates of the central highlands, which includes the central departments of Guatemala, Chimaltenango and Sacatepéquez (including the territories around Antigua Guatemala). Its name originates from the fact that it has been cultivated in family gardens since ancient times, preferably for self-consumption.

Cultivated in warm humid regions of the southern coast of Guatemala. It is a little more difficult to find in other areas of Guatemala. 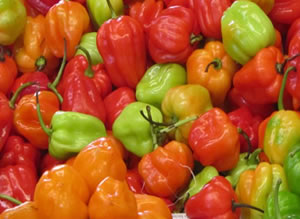 Also known as Zambo. Cultivated in locations with a cold temperate climate in the department of Guatemala and other central areas of Guatemala. Normally it is the one used as decoration for the cold meat. It is a low-medium spicy flavor. It has a very strong hot spicy flavor. 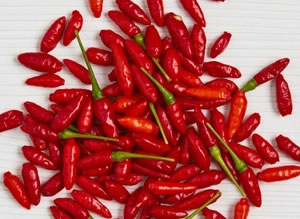 Also known as Pico de Gallina. It can be found growing in regions of warm humid climate of the Pacific and Atlantic coast. It is a well-known and popular chile in Guatemala and it is easy to find in any market in the country. It has a medium spicy flavor. 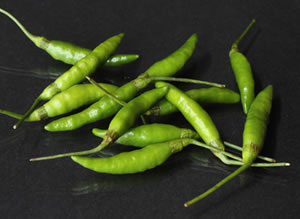 This is a wild chile. This is undoubtedly one of the most cultivated in Guatemala, since it can grow in high or low land, humid, hot or cold environments. This fruit grows mainly in open spaces of the forest and fences. 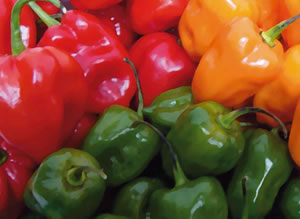 This chili is harvested in areas of the central and western highlands of Guatemala, especially in the Verapaces area. Also known as Siete Caldos, Manzano and Porrón. This chile is very spicy and hot. 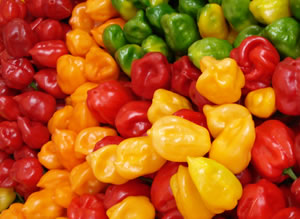 Mostly cultivated in regions of Petén (northern Guatemala), it has a very rich flavor, but it is definitely one of the hottest of its kind Capsicum. 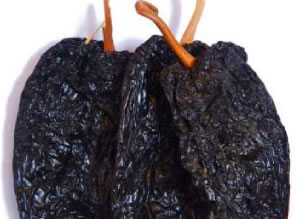 It is one of the most used in Guatemalan cuisine, especially in soups and sauces. It is a key ingredient for the preparation of the Guatemalan tamale sauce. It has a dark color, almost shiny black. It is also known by the name of Chile Prieto. It can be found not only in markets, but also in supermarkets and is a dry dehydrated chili. It has a low pungent taste. 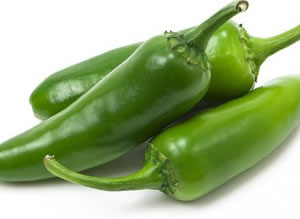 This chili is by far one of the most popular in Guatemala. Its origin is divided between Guatemala and Mexico, although its name is attributed to Mexico. Guatemala dedicates more than one thousand five hundred hectares of cultivation only for the Jalapeño Pepper, this production is especially concentrated in the departments of Suchitepequez, Retalhuleu, Escuintla, Santa Rosa, Zacapa and naturally Jalapa. Known for its very rich flavor, but with a semi-strong spiciness.