The history of processions in Guatemala has become a very important part of the country's cultural and religious traditions, taking place specially during Easter Week season. Its origin dates back to the arrival of the Spanish in Guatemala, promoting evangelization as part of their conquest plan.

Processions in Guatemala arose in colonial times and due to a historical influence that comes from Spain itself. During this period of colonization in Guatemala the first brotherhoods were established. Likewise, the first images were made (the so-called "images" are sculptures that represent saints and religious figures from the Bible), which were usually hand-carved by Guatemalan artists and carried on small litters. 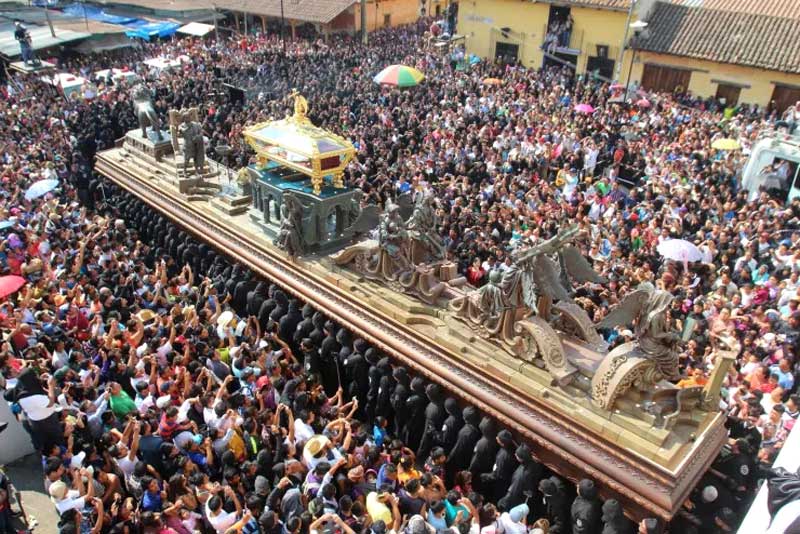 Although there is no exact information about the image or which streets the first procession traveled in Guatemala, we know from the records that the first procession dates back to March 10, 1543. In addition, this processional procession took place in the old city of Santiago de Los Caballeros, better known today as La Antigua Guatemala. Later, in the year 1551 there were four associations that participated in the Corpus Christi procession. Among the most outstanding is the Santo Domingo Temple Burial (the temple or church that today occupies the Hotel Casa Santo Domingo), the Merced Temple and the Candelaria Temple, which currently continue to be very important in the religious processional activities during Holy Week.

The processional parades of Holy Week transform various cities and towns during this period and are the result of the evolution over centuries of the forms, ways and manners of religious brotherhoods, which count among their members people from all social classes. . Multiple factors have influenced the evolution of these cultural corporations, both religious and artistic, social and historical.

It is very important to note that the processional parades in Guatemala are accompanied throughout the entire journey by musical orchestras that perform funeral or festive marches composed mostly of national artists and that express the feelings and religious faith of those who participate in this historical cultural activity. 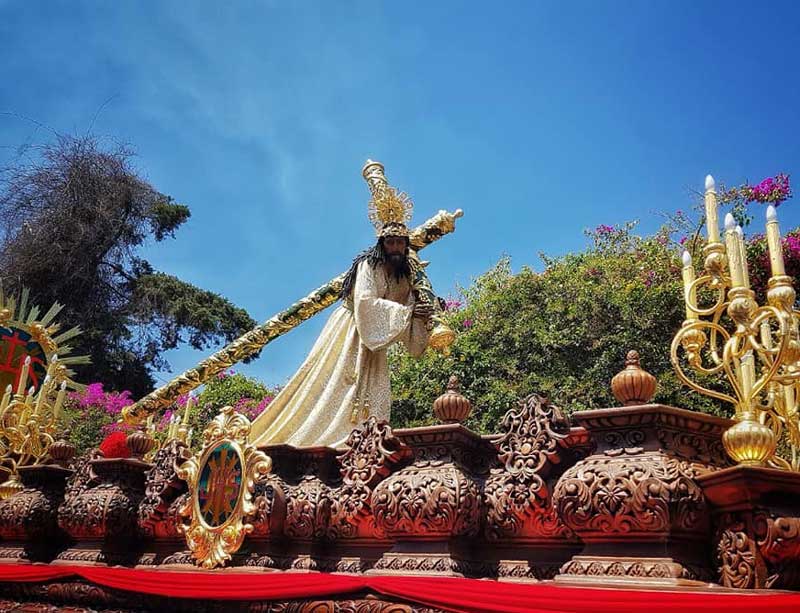 The first image of a Nazarene (Christ Jesus) to go out in procession in the history of Guatemala was that of Jesus de la Merced (and which is still very popular today). This fact occurred on April 13, 1773 according to the records in the Captaincy General of that time. It is important to mention that after the natural disaster that destroyed much of the city, the capital of Guatemala moved in 1787 to a new valley and so did the religious figures, including the Nazarene Jesus of the Church of La Merced. Currently, Guatemala has two Iglesias La Merced... the church in the Capital City and the one in La Antigua Guatemala, and both churches hold important processions during Holy Week. During the 19th century, the number of processions and other religious activities in Guatemala related to Lent and Holy Week increased, as well as the number of cucuruchos that participated in them.

As time went by, the size of the litters also changed and increased, as well as the processional processions, since at the beginning there were approximately 10 arms (10 people carrying the weight of the litter) and this number has increased considerably. up to 100 people carrying the platform. This Guatemalan tradition has spread throughout the country in all departments and municipalities.