Period, comma and semicolon in Spanish

The punctuation marks "period, comma and semicolon" respond to the need to order ideas according to their value when we express something in writing, this means that they allow the text to be hierarchized and decisively influence the narrative rhythm, in addition to contributing clarity to it, eliminating ambiguities or misunderstandings when they appear misplaced.

Comma and semicolon are signs that indicate an intermediate pause between the one made with the comma (minor) , semicolon and period (major). When used, it must be written together with the word that precedes it and a space is left between it and the word or sign that follows it.

The main punctuation marks are the period, the comma and the semicolon, and of course there are others that are not as popular, but equally necessary for effective written communication, are the successive periods and the colon, but which we will not cover here. on this occasion.

It is used to mark a long pause that marks the end of a phrase or sentence. After a period, except in the case of the one used in abbreviations, we have to begin the following phrase, sentence or paragraph with a capital letter, as it is in most languages.

In the Spanish language, there are three types of "period", these are "punto y seguido, punto y aparte y punto final”.

Separate statements within the same paragraph. After a “period and following” (punto y seguido), you must continue writing on the same line and, if it is at the end of the line, continue on the next line without leaving a margin or indenting the text.

The point and a part separates two different paragraphs that develop different contents or ideas, but within the same theme or line of reasoning throughout the entire unit of the text. After the point and apart, you must change lines and start writing after leaving a margin or indentation to the left, greater than the rest of the lines that make up the paragraph.

The final period is the punctuation that closes the text or a topic, either at the end of a section or the text in its entirety.

Period other uses in Spanish

As a general rule, the period is written after abbreviations, with the exception of chemical symbols and references to people (which we will explain shortly). The period in abbreviations does not exclude the immediate presence of punctuation marks, such as commas or semicolons, except for the period itself.

Abbreviations in reference to people should only be used when they precede their own name, for example: "Ms. Lucy" and "Sra Garcia" are correct. But "Mrs. Garcia" would be incorrect.

For acronyms, as a general rule, acronyms are written without dots between the letters that compose them. Exceptionally, when the statement of the acronym is part of a letter with capital letters, then they are separated with periods. 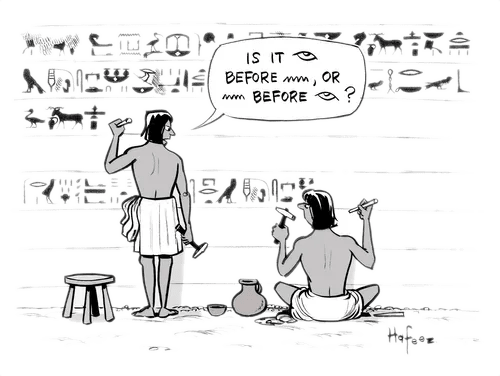 It represents a short pause that is made when speaking, giving rhythm to reading or written conversation and also serves to organize the phrase syntactically. We share below a list of comma applications in Spanish language.

It is used to separate sentences with the same grammatical value. To separate words from a list in a sentence or statement. When the list is completed, the last element is introduced by a conjunction (y, e, o, u, ni), in front of which no comma is written. For example: "Las clases son los lunes, miércoles y viernes".

Expressions that act by introducing explanations are enclosed in commas. For example: es decir (that is), esto es (this is), entonces (so), sin embargo (however), por consiguiente (therefore),…

The words or phrases that are used as paragraphs, interrupting a sentence, either to clarify or expand what was said, are written between commas. For example : “Cuando visito la iglesia, algo que hago semanalmente, me gusta ver todos los altares en los corredores (When I visit the church, something I do weekly, I like to see all the altars in the corridors)”

As we have explained with these punctuation marks, each one establishes a pause in the writings. The semicolon indicates a pause greater than that of the comma but less than that marked by the period. The first word following the semicolon must always be lowercase. It presents a high degree of subjectivity in its use since it can be replaced by the semicolon or the comma and really everything depends on the interpretation of the reading rhythm that the writer wants to give to the texts.

However, if there are some rules we can keep in mind to use the semicolon :

You use the semicolon preceding conjunctions and adversative phrases such as: therefore, therefore, although, more, but, however. For example: El equipo ganó muchos partidos durante la segunda mitad de la temporada; sin embargo, los resultados al final de temporada no han sido positivos (The team won many games during the second half of the season; however, the results at the end of the season have not been positive).

To separate syntactically independent sentences that have a close semantic relationship with each other. Example: Tendremos que parar la producción de la película; no tenemos suficientes extras para las tomas en exteriores (We will have to stop the production of the movie; we don't have enough extras for outdoor shots). 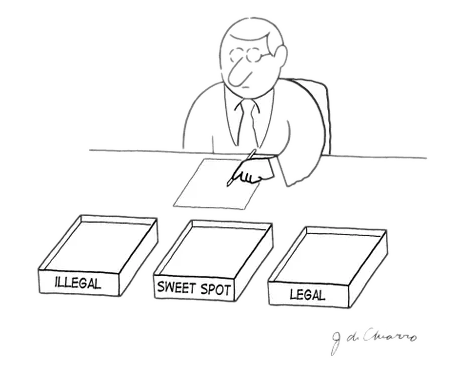 Is the period, semicolon and comma placed after the question or exclamation marks?
In the case of the period, the answer is no. Question marks and exclamation marks, by default, delimit statements as if they were periods. Therefore, placing a period would be redundant. On the other hand, the comma and semicolon are not redundant. For example: Finalmente llego la invitación para el evento ¿sabías?, pero decidí no ir. (Finally the invitation for the event arrived, did you know?, but I decided not to go).

Can we use the comma before or after the word but?
Before the word "but", usually yes. Afterwards, usually no. Although it is not a definitive rule. For example: Puedes ir a la fiesta, pero no regreses tarde (You can go to the party, but don't come back late). Do not put a comma after the word "but" even when it precedes a question or an exclamation. In case you want to mark a pause after the word "but", we recommend using the ellipses.

If we use quotes, where do we put the period?
The period is always placed after the quotes. If the quoted text ends with a question mark, put the question mark inside and the point outside. The quotation marks that must be used preferably and traditionally in Spanish are the angular ones («»), but in recent times, we have noticed the increasingly frequent use of the English ones (“ ”)