In the second part of the Popol Vuh, he takes us to an era before the creation of man in ancient times where only the gods existed, and he tells us the story of two twin Mayan gods called Hunahpu and Ixbalanque, known as heroes for defeating evil.

The Popol Vuh is considered the sacred book of the Mayans that tells us the story of the creation of the universe and the human being in the Mayan culture, written in the 16th century and which was translated by the French priest Charles Étienne Brasseur de Bourbourg in 1861. The Popol Vuh is known as the Bible of the Quiche Mayan Culture.

This sacred book tells many stories of Mayan mythology and all the events that led to the creation of man through corn are narrated. One of these stories is the story of the twins Hunahpú and Ixbalanqué (or also known as Xbalamke).

The birth of twins in the Mayan culture is something very rare and therefore magical. The Mayan gods Xpiyacoc and Xmucané had two twins, Hun (one) Hunahpú and Vucub (seven) Hunahpú (known as the "first twins"). The first of them, Hun, eventually also has two twin sons with the Mayan goddess Xbaquiyalo, these twins were called Hun Batz and Hun Chouen, they were known as the "monkey twins".

Father, sons and uncle spent a lot of time together and often played the sacred Mayan ball game called Pok ta Pok. According to the story in the book, the playing field was just above the entrance to the underworld realm Xibalbá (a world of evil gods and demons). The gods of evil, disturbed by the noise caused by the games of the "first twins", devised a plan to kill Hun Hunahpú and Vucub Hunahpú. They decided to invite them to a ball game in the underworld realm, but along the way, the demons set them multiple traps and eventually the brothers lost their lives, burying their bodies on the underworld pitch. From the tomb of Hun Hunahpu a tree is born, whose fruits were shaped like a skull, among the skulls with time the head of Hun Hunahpu appeared, who spoke at will when he considered it appropriate.

After a while, the daughter of the lord of Xibalbá, Princess Ixquic heard about the legend of the Hun-Hunahpu tree and, intrigued by the story, wanted to see the tree with her own eyes. Finally, she found him, discovering that the stories were true. Then Hun Hunahpu spoke to the princess, asked her to come closer and spread her hands in front of him, it was then that Hun Hunahpu performed a spell that would make the princess of the underworld become pregnant. The princess, fearing discovery, she escapes to the outside world where she meets Hun Hunahpu's mother who helps her give birth to the "second twins", Hunahpu and Ixbalanque. 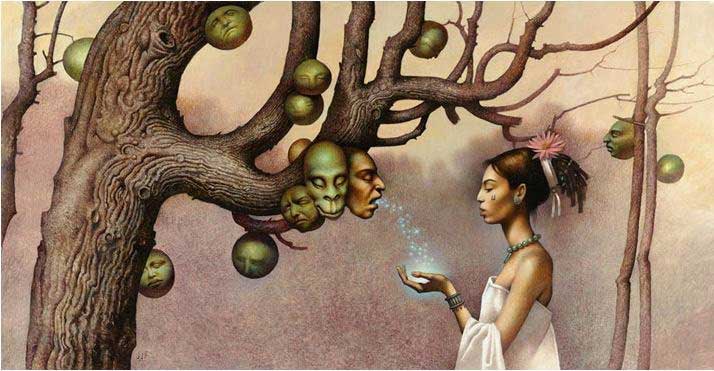 The two brothers wander for a long time without a place to settle, aimlessly and abandoned by their mother and family until their older step-brothers take them as servants, enslaving them and forcing them to hunt and work for them while they play and dance. After a while, the "second twins" discover that by inheritance they have magical powers, which they decide to develop and enhance. One day, fed up with the mistreatment of their older brothers, Hunahpu and Ixbalanque make their evil stepbrothers climb a tree, a tree that they make grow very tall with their magical powers. Although the evil stepbrothers begged for mercy, the "second twins" decided to punish them, in this way the brothers Hun Batz and Hun Chouen became monkeys and were called "the monkey twins".

From that moment on, Hunahpú and Ixbalanqué begin to overcome a series of adventures such as the one that confronts them with Vucub Caquix, a gigantic bird with airs of greatness whom they defeat, displaying surprising regenerative and healing powers that they developed with great skill. 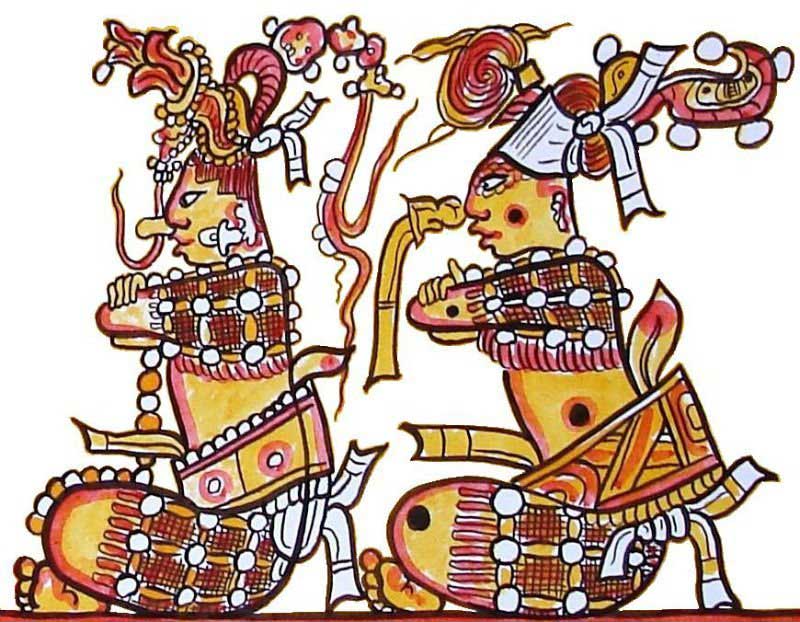 The gods then offer them the hospitality of their palace during the night to have the game in the morning of the next day. But during the night, the twins are attacked and Hunahpu is beheaded, but he does not die. The next morning, the brothers report to the game and the Demon God presents Hunahpu's head as a ball for the game. Ixbalanque manages to recover the head of his brother and places it back on the body of his brother, magically restoring it. The lords of hell then challenge them to a last test to demonstrate their bravery, before which, even knowing the impossible of the challenge, the twins are not able to refuse to demonstrate their honor and courage. The test consists of jumping a huge fire pit into which the twins fall in their attempt. The lords of death then crush their charred bones and throw them into the river, but again magically the ashes do not flow with the water, instead they settle on the river bed and the twin brothers return to life back again.

Five days later they return to the kingdom of Xibalbá disguised as old sorcerers and perform tricks resurrecting animals and people. The astonished Carne brothers demand to be part of the game and ask to be killed so that the old sorcerers will later resurrect them. Hunahpú and Xbalanqué kill the first of the dark gods and refuse to resurrect him, and when they go imposingly to kill the second lord of darkness, he realizes what is happening and crying begs for mercy, since he sees that the old sorcerers’ power surpasses him. Then all the vassals of Xibalbá seeing the humiliation to which their lord is subjected are outraged and repudiate their dark kings. Hunahpú and Ixbalanqué reveal their identity and subdue all the demons and evil geniuses who believed they were dead. The triumphant twins spare the lives of the inhabitants of the underworld Xibalbá in exchange for taking away all their dark powers to do evil and in a show of necromancy they communicate with their father and uncle, promising them the respect and veneration of future generations.

From that moment the twins Hunahpú and Ixbalanqué rose to a divine category to later become the Sun and the Moon from where they continue to illuminate humanity.