Hunab Ku is a Mayan divinity, recognized within this culture as "The Only God". His name, in Mayan, is Hunab Ku, which translates "solitary god"; his roots are "hunab", which means solo, and Ku, which means plumage. Hunab Ku in the Mayan religion was very important because they considered it the heart that coordinated the entire universe, it was the source of energy that connected all living beings and who transmitted the information of everything.

The Mayans believed that this god manifested through waves which could be light, sound, energy, thought and love.

"The only living and true god and he was the greatest of the gods of Yucatan, and he had no figure, because they said that he could not figure himself out because he was incorporeal, the only god, he is also known by the name of kolop u wich k'in, which suggests a rain deity, one of the names by which Itzamná is also known, the Mayan god of creation, considered the most important of all ”.

As Hunab Ku was a deity that was in full growth and unfolding everywhere, it is said that he caused the formation of planets, suns, stars, to all living beings capable of feeling and thinking, for this reason men, women and children are born who in the future would be the next stars. But, understanding the history of the Mayan culture, we ask ourselves ... Is this monotheism? Did the Mayans have a belief in an omniscient creator god? Could this be the example of the trump card for the ancient knowledge of God within the Mayan civilization?. Let's take a look at the available facts. Then we can discern what to do with this deity.

If Hunab-Ku was a native deity of the Mayan Culture, then we would expect to see evidence of that in their codices (hieroglyphic books like the Popol Buh). However, no evidence of Hunab Ku has been found anywhere, at least not until the arrival of the Franciscan monks in Yucatán. 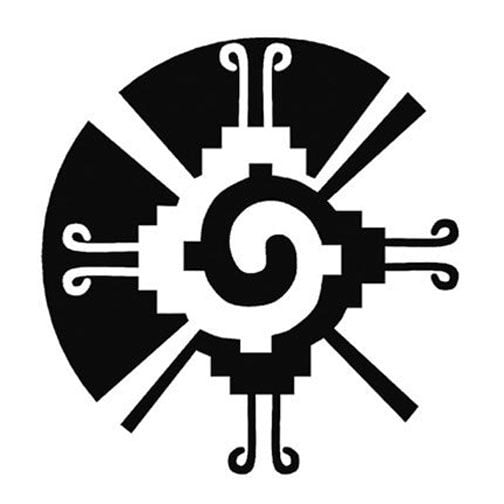 Hunab-Ku is mentioned in just two documents of Hispanism: the Chilam Balam de Chumayel, which is a collection of books on the Mayan culture, written between the 16th and 17th centuries; and the Dictionary of Motul, prepared by the Spanish Franciscans during the evangelization of the Mayan people. The Franciscan Order is historically known to be one of the most powerful orders in Europe between the 16th and 17th centuries. They were also known for sending the largest number of missionaries to the New World from Spain. These missionaries were sent from the Spanish Crown to convert the natives to Catholicism.

This finding has led some scholars to infer that this "appointment" of Hunab Ku as a superior deity (conceived as "the only living and true god"), was induced by the representatives of Christianity. In this case, the Franciscan monks who came to the Yucatan Peninsula during the evangelization process, wanted to implant their monotheistic beliefs, to the detriment of the polytheism practiced by the Mayans.

One of the first Franciscan leaders to arrive in America in 1549 was the future bishop of Yucatán, Diego de Landa Calderón. He was the author of the “Relation of the things of Yucatán” which contained details about the Mayan religion, life and language. In 1562 Landa unfortunately decided to burn lots Mayan codices in an attempt to eliminate paganism in the area.

This destructive Spanish action to the ancient Mayan culture left only three surviving native codices and the Mayan-Spanish translations of Franciscan monks to bear witness to Mayan life and religion before the arrival of the Spanish. 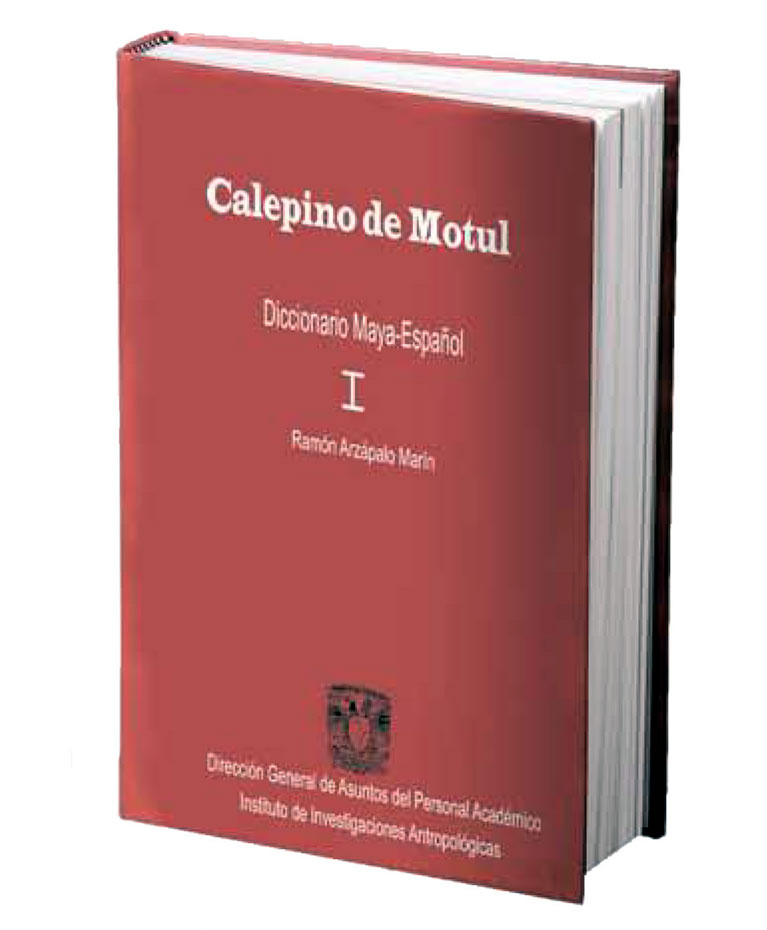 Ironically, one of these Franciscan works that survived the destruction of the history of the Mayan culture of this region is where we find the first mention of the deity Hunab Ku. The Motul Dictionary, this is a 16th century Mayan-Spanish dictionary. It was written by the Franciscan Fray Antonio de Ciudad Real, who is said to be the most talented Mayan linguist of his time. He spent most of his life compiling this and many other translations from the Mayan language.

Is it possible that Hunab Ku was a Franciscan invention? Some suggest that it was an invention to introduce the Maya to the idea of the one true God in their own language. But others say that Hunab Ku is in a pre-conquest source. 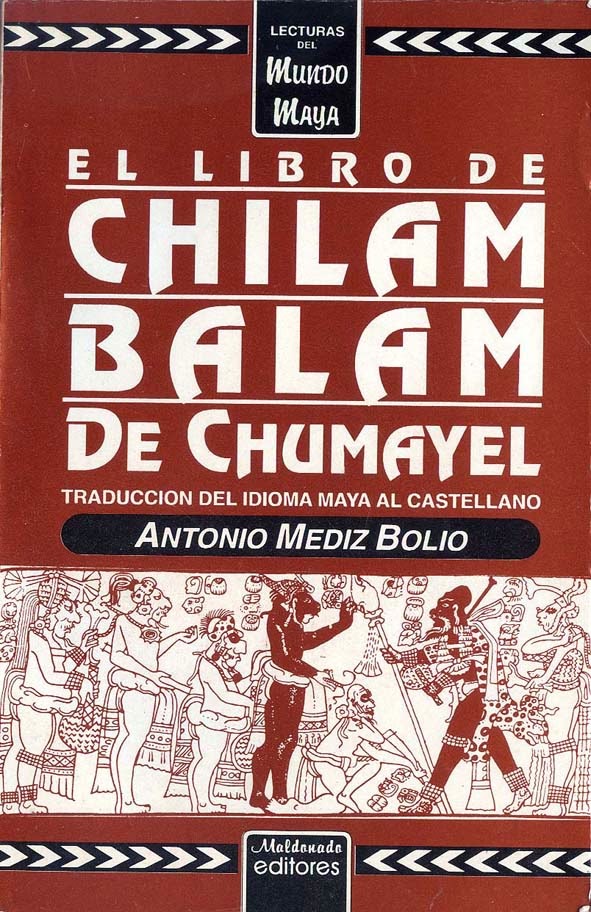 Some historians consider the Book of Chilam Balam to be completely indigenous, untouched by Catholic priests. Chumayel's Book of Chilam Balam is actually a series of nine well-known books written by Chilam Balam that preserves a mix of traditional Mayan knowledge and Spanish influences. Studying this series of books, we discover that some portions are written in the Mayan language of traditional hieroglyphs, while other sections have the Latin alphabet. This means that some of the books date back to pre-conquest times, while others were likely written during or after the Spanish invasion.

Knowing all these facts, it does not seem possible that anyone can affirm that this source has not been touched by Catholic influence. Scholars are generally in agreement that wherever Hunab Ku is mentioned within the Book of Chilam Balam, it is in a context in which Hunab Ku appears as the Mayan name of the Christian god.

William F. Hanks is a renowned Mayanist scholar, an anthropological linguist. In his book "Converting Words: Maya in the Age of the Cross" he has this to say about Hunab Ku:

“The missionaries were well aware that by using a pre-existing Mayan term for‘ god ’(ku), they ran the risk of fostering syncretism and confusion between the Christian God and the diabolical idols they were seeking to uproot. Therefore, although both dictionaries quote the bare root ku for god, this root generally occurs with qualifiers intended to disambiguate.

The living God, the God of peace, the God who watches over individuals are all aspects of the specifically Christian concept. The use of Hunab Ku [one + suffix + god] for the uniqueness of God is linguistically transparent to the unity of the Father, the Son, and the Holy Spirit, and occurs widely in missionary writings. "

In conclusion, the name Hunab Ku was created by the Franciscan monks of the Spanish invasion, using it as a substitute title for the unique God of Christianity. Of the thousands of existing sources, such as stelae, ceramics, murals, frescoes, and some books and documents on Mayan history, Hunab Ku is nowhere mentioned. Furthermore, there is enough evidence to know that the Mayans definitely believed in a polytheistic universe and had no conception of a single God.