After the "Canillita de Leche", Marzipan (Mazapán as known in Guatemala) is perhaps the second most popular typical sweet in Guatemala. It is preferred and enjoyed by locals and foreigners throughout the year and especially during the patron saint festivities in the interior of the country.

It is a very versatile sweet and is enjoyed as a marzipan sweet alone, or accompanied with other desserts. You can decorate it with some raisins on top or orange zest perhaps.

It is a sweet that can be prepared in several ways, different traditional families from Guatemala and especially from Antigua Guatemala include small secret ingredients for the preparation, we share the recipe and maybe you can give it your personal touch yourself.

Step 1 : Place the ground almonds, sugar and water in a deep bowl. Mix all the ingredients together, then add the lemon zest and cinnamon and continue mixing until you have a homogeneous mixture and a uniform texture.

Step 2 : Form an even dough on a flat surface and let the mixture rest until it is firm.

Step 3 : As soon as the mixture is firm, cut it into small pieces and place them on a baking sheet (a tray like the one you use to make cookies).

Step 4 : Meanwhile, beat the egg whites to stiff peaks (as if meringue)

Step 5 : With a pastry brush, spread the meringue on the pieces of the almond mixture.

Step 6 : Place the tray in the oven (the oven should already be preheated) to 200 degrees Celsius (390 Fahrenheit) and bake for only 2 minutes.

Step 7 : Remove the tray from the oven and allow it to cool completely.

As we had suggested before, we would recommend placing a few raisins or orange zest on top before baking or at the end  and JUST ENJOY !

As an additional touch of the traditional culture of Guatemala, some sweets from Mazapan have different shapes and colors to form fruits and vegetables that are commonly found in traditional markets of Guatemala. Some of these even have a little extra touch to imitate the fruit flavor, but just a little. 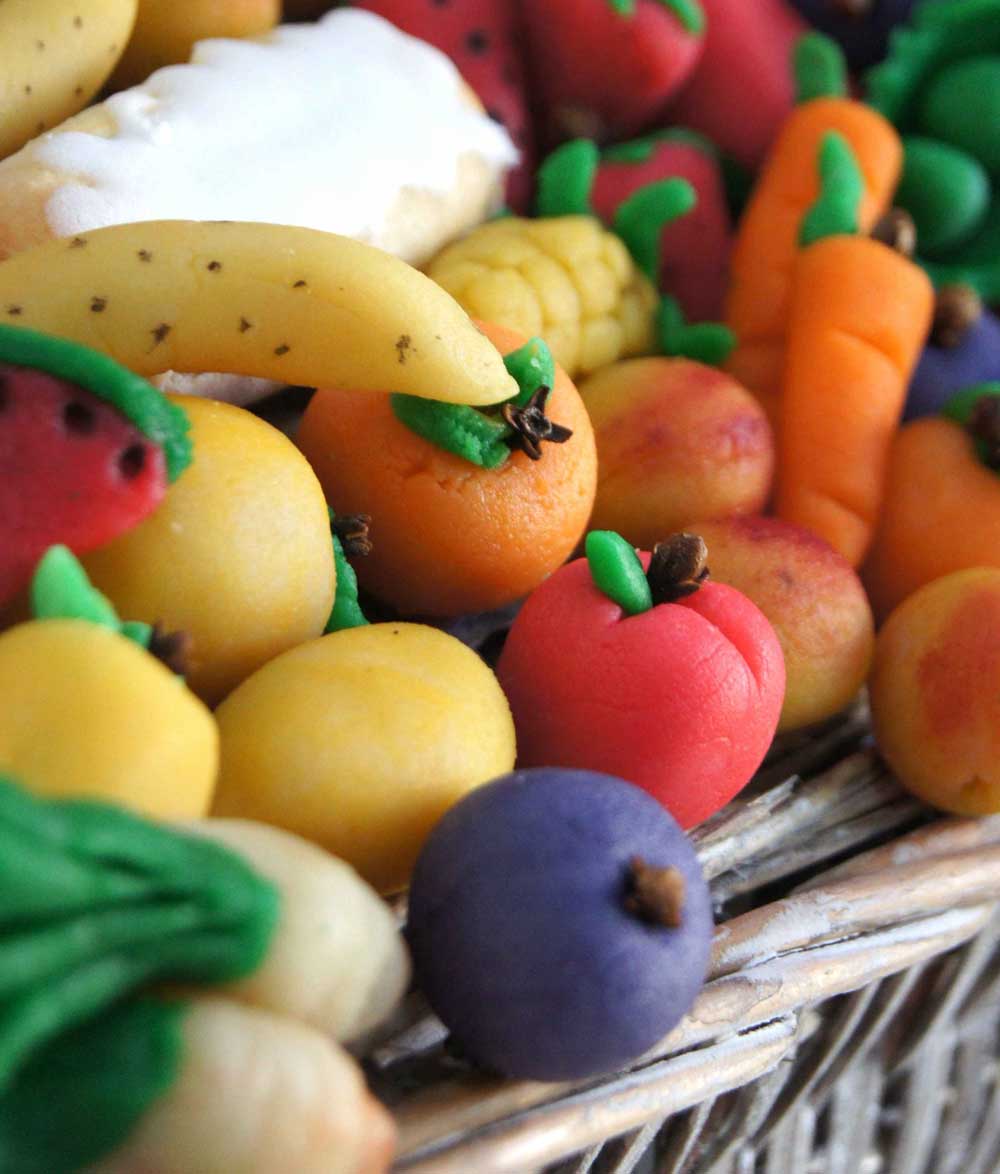