Chocolate Mole Plantain recipe is a very special and typical Guatemalan dish, ideal for dessert lovers and especially for those who love chocolate. It is a mixture of chocolate, cooking bananas, cinnamon, sesame seeds and bell pepper.

This traditional Guatemalan dessert is so important that since November 2007 it was declared as "Intangible Cultural Heritage of Guatemala" by the Guatemalan Ministry of Culture and Sport.

Sauces made from chili peppers and spices have been part of the culinary tradition since pre-Hispanic times throughout the Mesoamerican region, these sauces are called "Moles". However, Guatemala is the only country that prepares Sweet Mole (Mole en Dulce) and not only for salty foods.  Guatemalan Mole in general is prepared with Chile Pasa, tomato, sesame and cinnamon, but for the Sweet Mole, the sauce thickens with sweet bread, brown sugar or panela and handmade chocolate in tablets are added.

This delicious Guatemalan dessert has its origin in the department of San Marcos at the beginning of the 16th century, at the time that the Mayan brotherhoods settled in this territory and before the Spanish conquest. Mayan Chocolate is a key ingredient in the mole recipe, a recipe that has changed a little over the years, since some ingredients brought to Guatemala by the Spanish were added, such as sesame and cinnamon. Once these ingredients were added to the recipe, it has not changed since then, and for centuries it has been part of the Guatemalan culinary tradition. 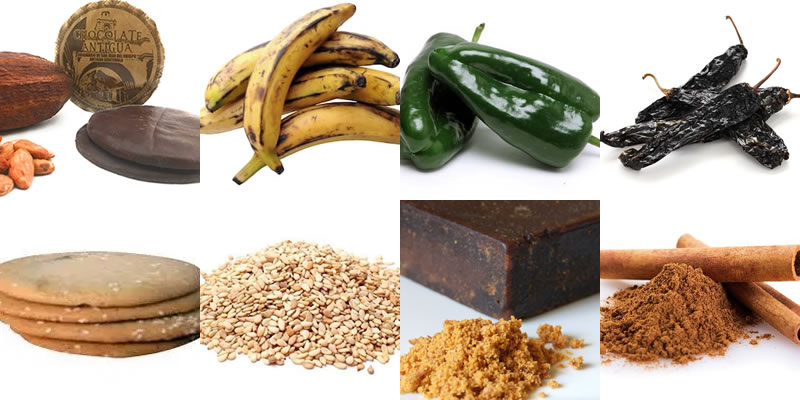 Step 1 : Cut the plantains into long slices, not too thick or too thin, then fry them in a pan.

Step 2 : In a saucepan, place the chopped tomatoes, the bell pepper (seeded), pasilla chile and the cinnamon and simmer for about 10 to 15 minutes. Remove from the heat and let cool.

Step 3 : In a frying pan, place the spices with the sesame and the pepitoria and brown for a few minutes. (Reserve some sesame seeds for decoration)

Step 4 : Place in the blender the tomato, spices, sesame and pepitoria mixture, also add the champurradas or sweet bread, brown sugar (or panela in powder) and blend until the ingredients are well mixed together.

Step 6 : Finally, add the fried plantains to the sauce to absorb the sweet flavor and cook for about 3 more. Remove the pot from the heat and serve on dessert plates.

Step 7 : Just add a little sesame seeds on top as decoration and you are done. 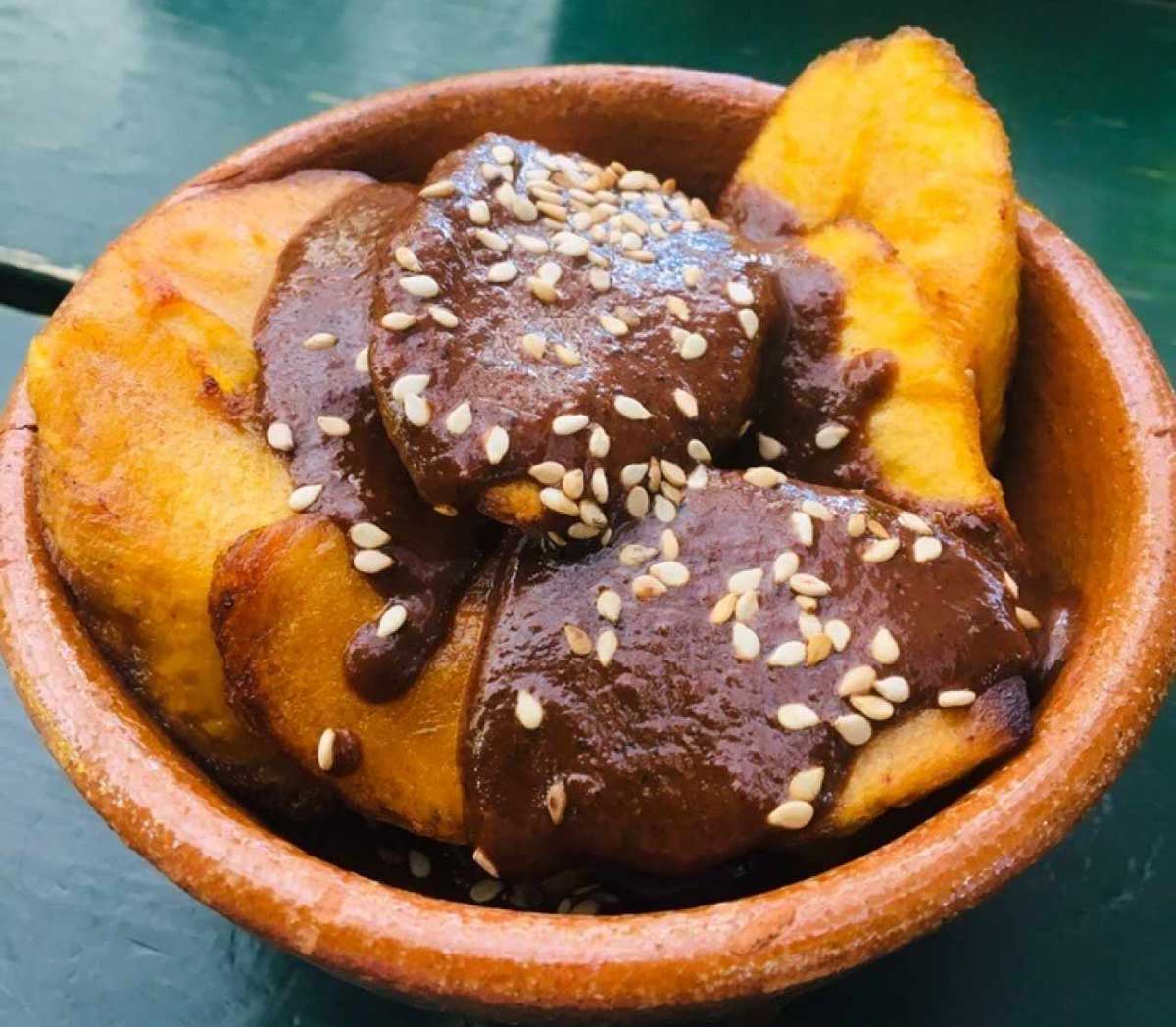 Enjoy this wonderful and unique recipe !