The Cucuruchos are Catholic people who wear a purple dress called "Túnica", who participate in processions that take place during Lent and Holy Week in Antigua Guatemala and Guatemala. A 'Cucurucho' can be a man or a woman, although the women 'cornet' are also called Devota Loader. The activity of the Cucuruchos stands out for carrying the processions, but also for listening to and accompanying the processional marches and performing contemplative prayers of gratitude, forgiveness and patience to God.

The term 'cucurucho' literally means 'cone', and in this case represents the cone-hat (also known as ‘capirote’) made of cloth to cover the head of the procession carrier during Holy Week. The origin of the costumes known as 'tunics' that the 'cucuruchos' wear during Holy Week dates back to the first costumes of religious pilgrims in Europe that emerged in the 9th Century, a suit and clothing that became mandatory for use in convents. This suit was spread throughout Europe, and later brought by the Spaniards to Guatemala in the 16th century as part of a process of adapting European customs as a result of the Spanish conquest and colonization in America. 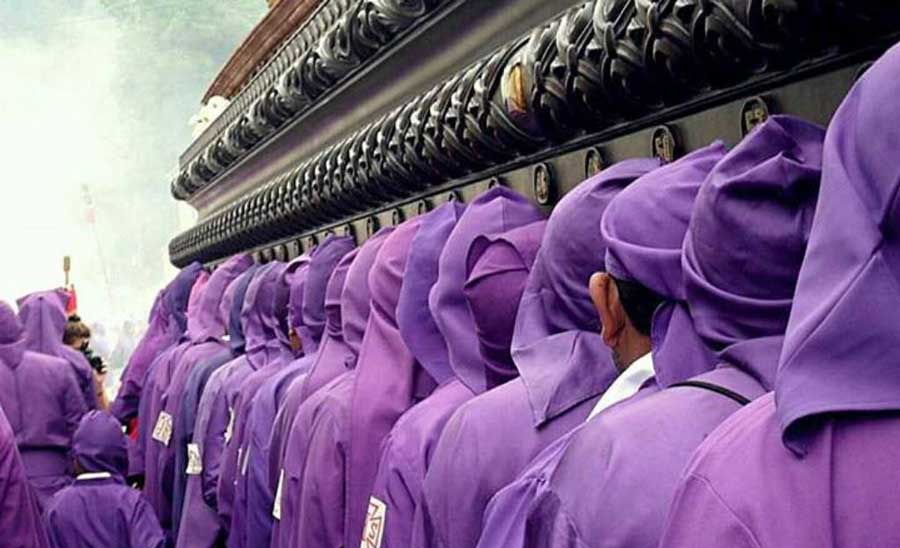 The costumes of the 'CUCURUCHOS' vary a bit depending on the church and the Brotherhood that represents it. The brotherhood of each church is responsible for organizing and distributing shifts for all devotees who want to carry the procession on their shoulders. Each 'Cucurucho' sees his uniform or costume as a special and sacred garment that remembers the penance with devotion, accompanying and carrying the images of Jesus during the long days of Holy Week, whose purpose is to redeem the sins of the world, as well as pray for the welfare of all. 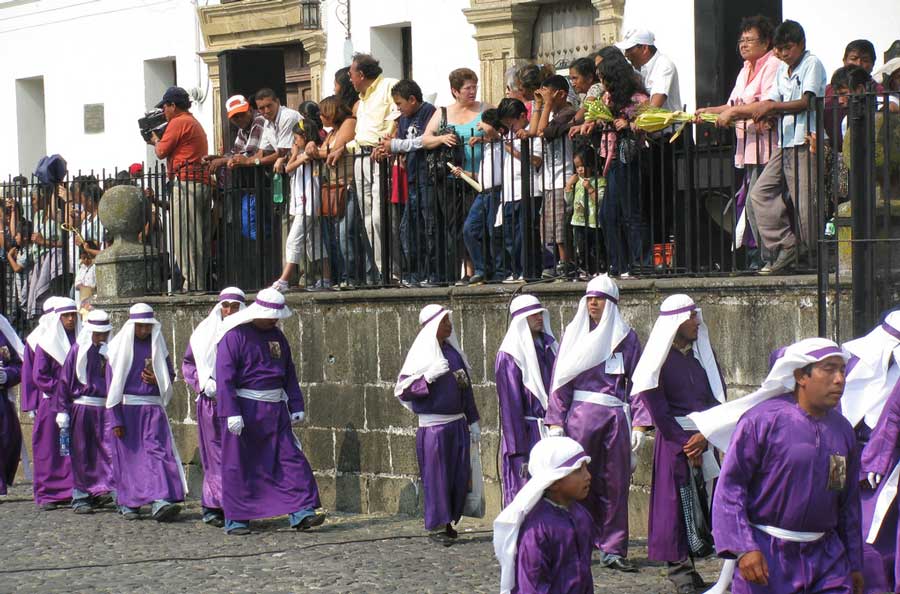