Sixth post on villages around Antigua Guatemala ( Sacatepequez Guatemala ), We share a brief introduction about each of these villages every week. For this sixth article we’ll include two small villages, these are Alotenango, and Santa Ines del Monte Pulciano.

It is one of the last villages that we are listing in this series of articles about the villages around Antigua Guatemala. Alotenango was founded on January 9, 1565; the village has had different names along history, it was known as CAKISAHAY (which means “house of the macaws”) by the local indigenous inhabitants, later the name changed “Elotienanco” (which means “place of tender corn”), but after the Spanish conquest, the village was named San Juan Alotenango, it was later officially incorporated as a municipality that belongs to the district of the Department of Sacatepequez in October 1825, and its name changed to "Alotenango". 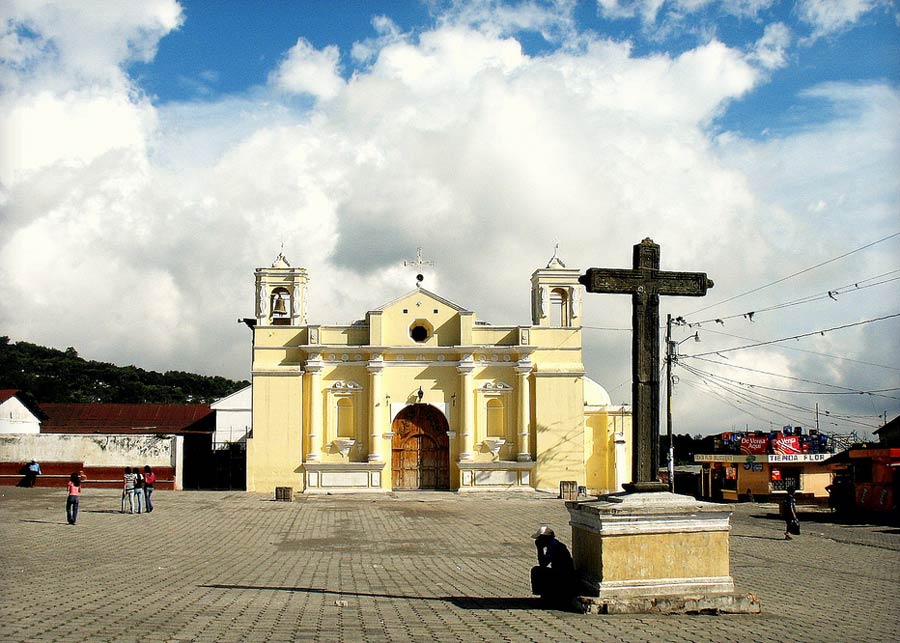 The first inhabitants were of the Maya Kaqchikel ethnic group, it was a Mayan community that existed long before the arrival of the Spanish conquest and it is located behind the Volcán De Agua. This town is even mentioned in the writings of the Popol Vuh, referred as Vucuc Caquix. This confirms that this was a very important region for the Mayan culture. Originally, it was just over 4 kilometers south of the current location of Alotenango. The Mayan inhabitants of those times had decided to move the village due to the currents of water and lava that descended from the volcanoes that framed the territory of the village.

Unlike many villages around Antigua Guatemala, where the population is mostly of Ladina ethnicity, in Alotenango only 28% is Ladino, while the remaining 72% are of indigenous ethnicity (Maya Kaqchikel), the dominant languages are Spanish and the Kaqchikel.

Coffee is one of the most important crops in the region due to its volcanic soil rich in minerals. In fact, the coffee produced in the surroundings of Alotenango is known to be one of the best in the world, climate and temperature, in addition to the altitude of their land contribute to this fact. Other important crops are also elote and jocotes.

This is a village located immediately before Antigua Guatemala, only 1.5 kilometers from the central park of Antigua, settled on an adjacent hill of Cerro de La Cruz. It is a small village, with few inhabitants, but with a lot of cultural and economic activity that is influenced by Antigua Guatemala. Its patronal feast is very popular and visited by many people from Antigua Guatemala and other nearby villages, it is celebrated every May 16 with cultural, religious and sports activities. 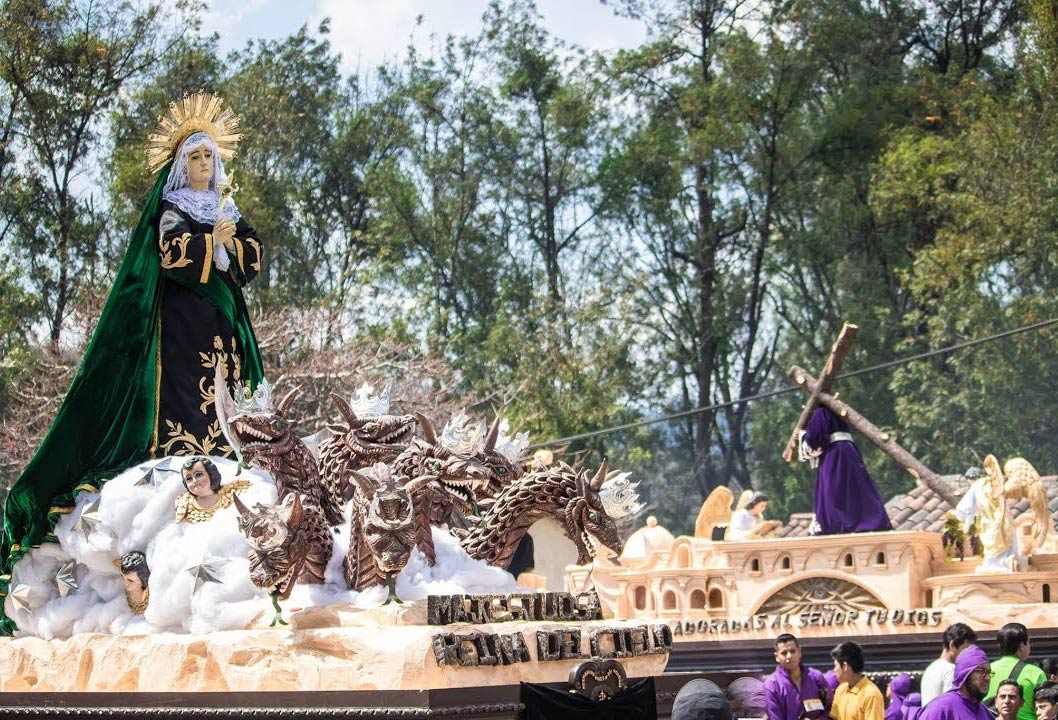 Santa Ines del Monte Pulciano was a post-conquest Spanish colonial town, originally known as Santa Ines de los Hortelanos because its few inhabitants dedicated their efforts to cultivation. It is located south of the Pensativo River, and near the buildings of Finca Chiquinquirá and Finca La Chácara.

The Dominican religious names the village as SANTA INÉS DEL MONTE PULCIANO in 1601, in honor of the saint with that name of the 14th century. The town emerged with only 70 settlers, it was a town of private owners of the two neighboring estates of the monks of Convento Santo Domingo, however although it was a very small town, they established a mayor who responded to the authorities of the Spanish Crown.

The ruins of the temple of SANTA INES are located on a small mountain 100 meters high from the main road to Antigua Guatemala, it was originally known as "The Church of the Pueblo de Indios", and was inaugurated as the Church of Santa Ines in 1685. It had an entirely baroque architecture, with a three-part façade, a large main hall and dome above the altar.

It was originally known as "The Church of the Pueblo de Indios", and was inaugurated as the Church of Santa Ines in 1685. It had an entirely baroque architecture, with a three-part façade, a large main hall and dome above the altar. 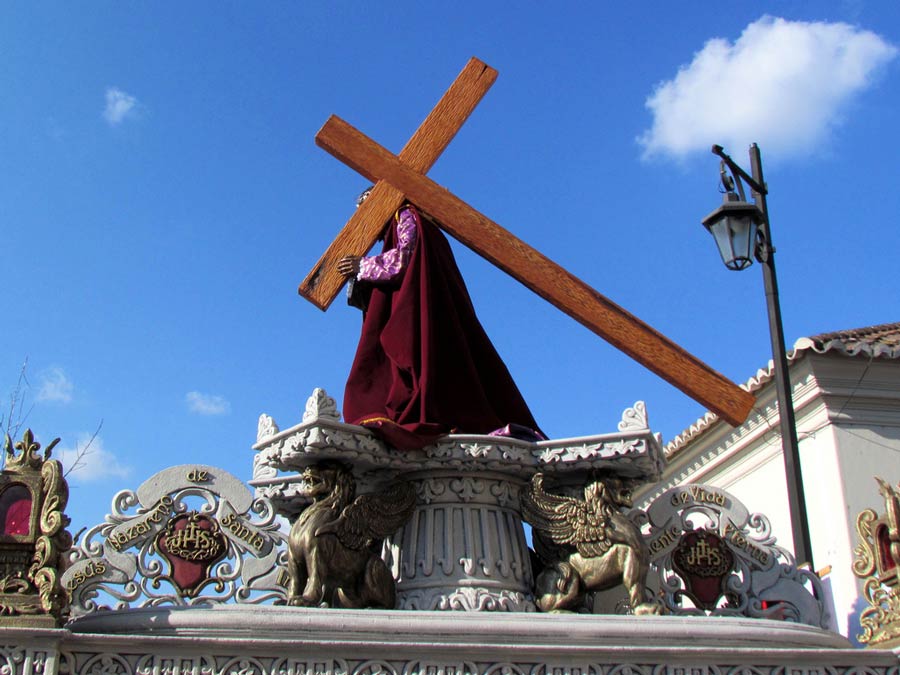 Unfortunately, there are no vestiges of the sacristy or many architectural elements of the original building, because the San Miguel earthquake of 1717 caused serious damage to the church and the reconstruction by the locals gave great changes to the structure in general. However, the church was totally destroyed by the strong earthquake of 1773.

The inhabitants have protected for centuries the image of Santa Ines and the image of Jesus of Nazarene, images that can be seen in the activities of Holy Week, when locals, residents of Antigua Guatemala and the foreigner visit the village. A tradition that began in 1944.

Around the 1850s, the cultivation of coffee in Guatemala took off, attracting locals and foreigners to Antigua Guatemala, this caused changes in Santa Ines, making the small town prosper as an extension of Antigua Guatemala. 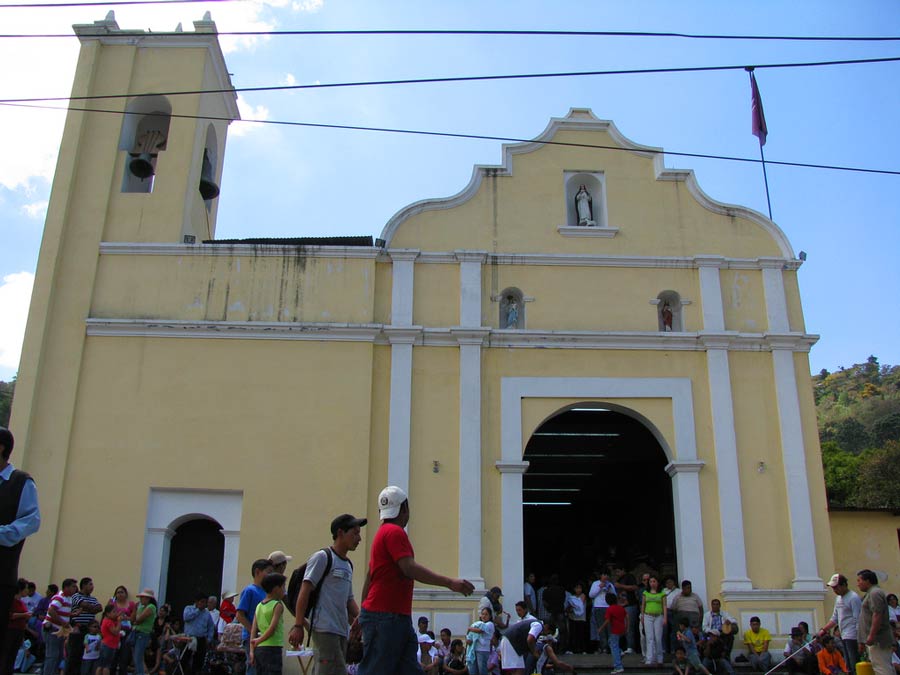