Second post on villages around Antigua Guatemala, worth visiting with quite interesting attractions for visitors each one of them. In these series of articles, we will talk about two each week. For this second article, we’ll include two towns, San Juan del Obispo and San Antonio Aguas Calientes.

A village very close to Antigua Guatemala, is almost an extension of the colonial city itself. Located only 4 kilometers from Antigua and a few steps from the Volcan de Agua. The name of this village is due to Bishop Francisco Marroquin, who founded the city and built the first archiepiscopal palace in Guatemala.

His convent is currently active, as well as his church where all the religious services of the community are officiated. The city is known for the surrounding landscapes that take your breath away, on one side, visitors can admire the views of the majestic Water Volcano, and on the other side, valleys full of coffee plantations and the city of Antigua Guatemala. The central park of the village is very peaceful, the city is also known for the production of artisanal wines and chocolates produced by artisans of the town, for all these reasons, this village is the setting for many weddings and retreats. 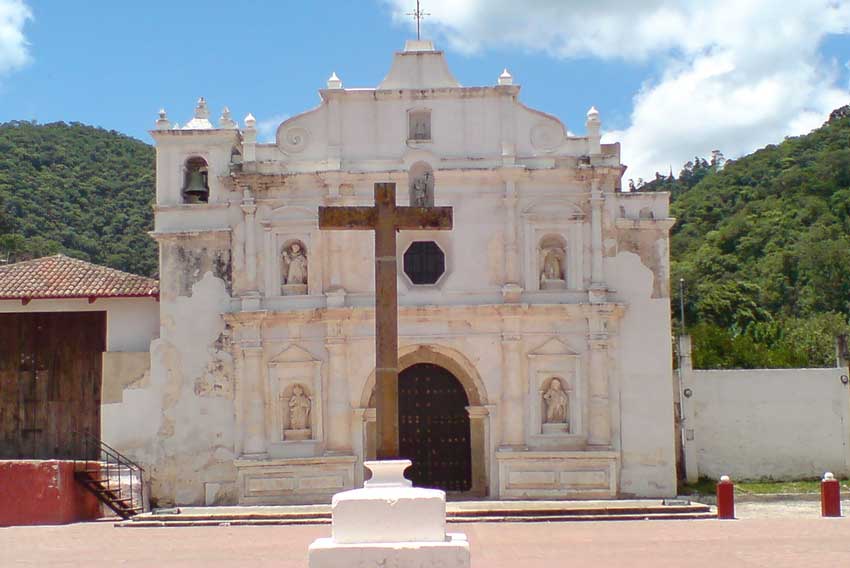 Francisco Marroquín arrived in Guatemalan territory in 1547, the bishop chose this territory for the construction of a church dedicated to San Juan Bautista, and next to it, he would also build a small palace that he would use as his personal residence. After the death of Bishop Francisco Marroquin, the name of the village is created as 'San Juan del Obispo' in his memory and honor.

The town was attended by Franciscan friars, who settled in the convent of the place to reside and deal with a better way of the Kaqchikel population. The convent and the church show large and heavy walls, an architecture very typical of that time, its construction design is Baroque, a style that can be seen not only in its architectural details, but also in its surrounding streets.
The structure of the convent and houses follows the same colonial pattern of Antigua Guatemala, with a central patio, surrounded by corridors around. Inside the multiple halls of the convent you can find ancient objects of the time, as if it were a museum. The convent and activities are under the care of the Betania Nuns.

The richness of the soil around the village allows the cultivation of various fruits, this cultivation is the main source of the economy for the village. The cultivation of the Níspero is perhaps the most important in the region, it is so abundant that the artisans have created different products made from this fruit, the most popular ones are Nispero Wine and Nispero Jelly.

In this town you will find Casa San Juan, a guesthouse in San Juan del Obispo in Antigua Guatemala, highly recommended by travel guides and well known for being a retreat and yoga center, located 15 minutes away driving from the central park of Antigua Guatemala.

Located a few kilometers from Antigua Guatemala, in a territory with a cold climate. This village is well known for the hospitality of its inhabitants to local and foreign visitors, but also especially for its fabrics and production of high quality children. 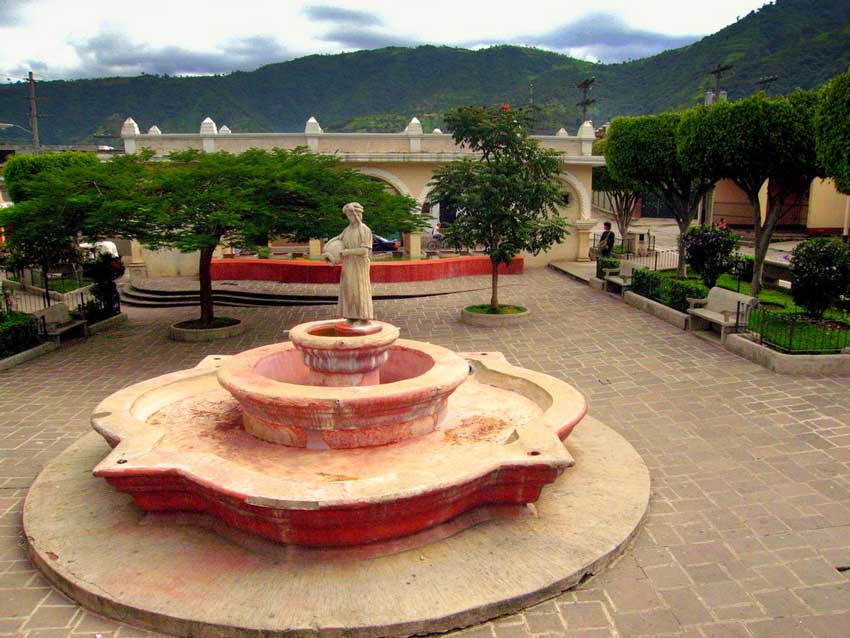 Although there are no written data on the founding of this village, it is believed that it was one of the first villages built around 1530, after the Spanish conquest by the Spaniard Pedro de Alvarado to Guatemala. His name is due to the visit of a Franciscan priest coming from Italy, whose devotion to Saint Anthony of Padua, he decided to baptize with this name to the village; The name of Aguas Calientes is due to the fact that in this territory there were small hot springs due to the natural currents of underground water and nearby volcanoes.

It is located within the hydrographic basin of the Achíguate River, and to the sub-basin of the Guacalate that pours its waters towards the Pacific Ocean. The culture of San Antonio Aguas Calientes is of Kaqchikel origin, and is currently part of more than 90% of its population. The cultivation of corn, beans and coffee, in addition to citrus fruits is one of the strongest sources of economy. Its typical craft production is well known in the region for its quality and creativity, in addition to the production of high quality cotton yarns. The village is also noted for its wrought iron and tin craftsmen. 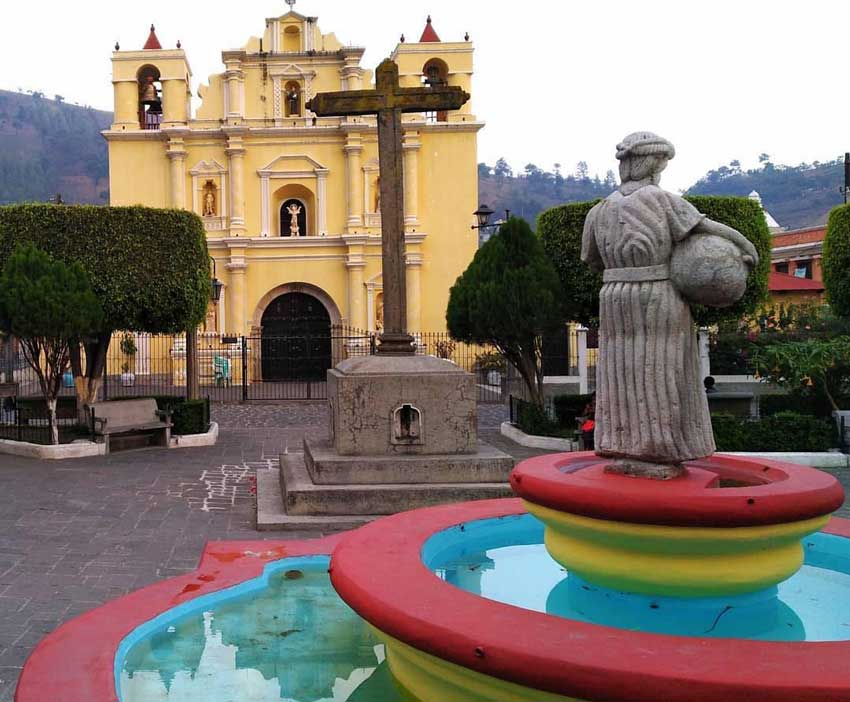