The Nativity Scene or “Nacimiento (as known in Guatemala)” is the representation of Baby Jesus’ birth displayed near the Christmas tree in homes of Catholic families in Guatemala. Thousands of Guatemalans carry out this tradition of assembling the scene in late November, a task that may take a few days, to be ready for December 8th. 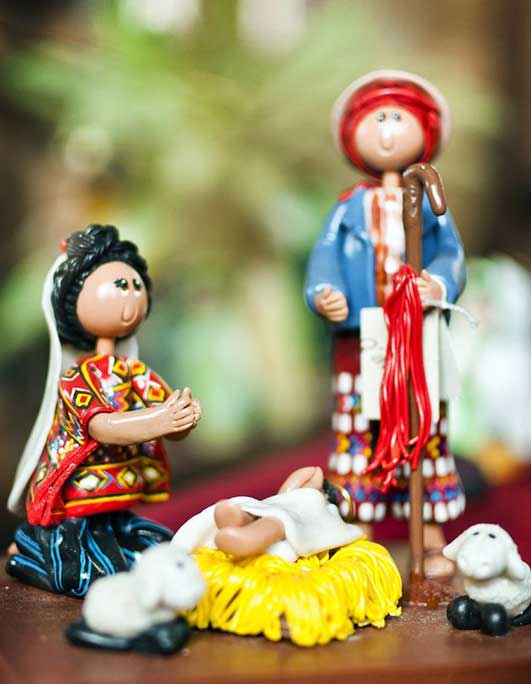 With the arrival of the Spaniards to Guatemala who introduced Catholicism in the colonial era, this Christmas tradition was adopted by many Guatemalan families, which consists in elaborating a representation of the birth of Jesus, called "Nacimiento" (Nativity Scene).

The Catholic churches in Antigua Guatemala build big Nativity Scenes, using natural size figures and sometimes these are even bigger. The “Nacimientos” are accompanied by moss, sawdust and lights, the images of Mary and Joseph, along with those of Melchior, Gaspar and Baltasar, waiting for Baby Jesus, which is placed in the scene or Nacimiento during the last mass of the day, which takes place on December 24, on Christmas Eve. 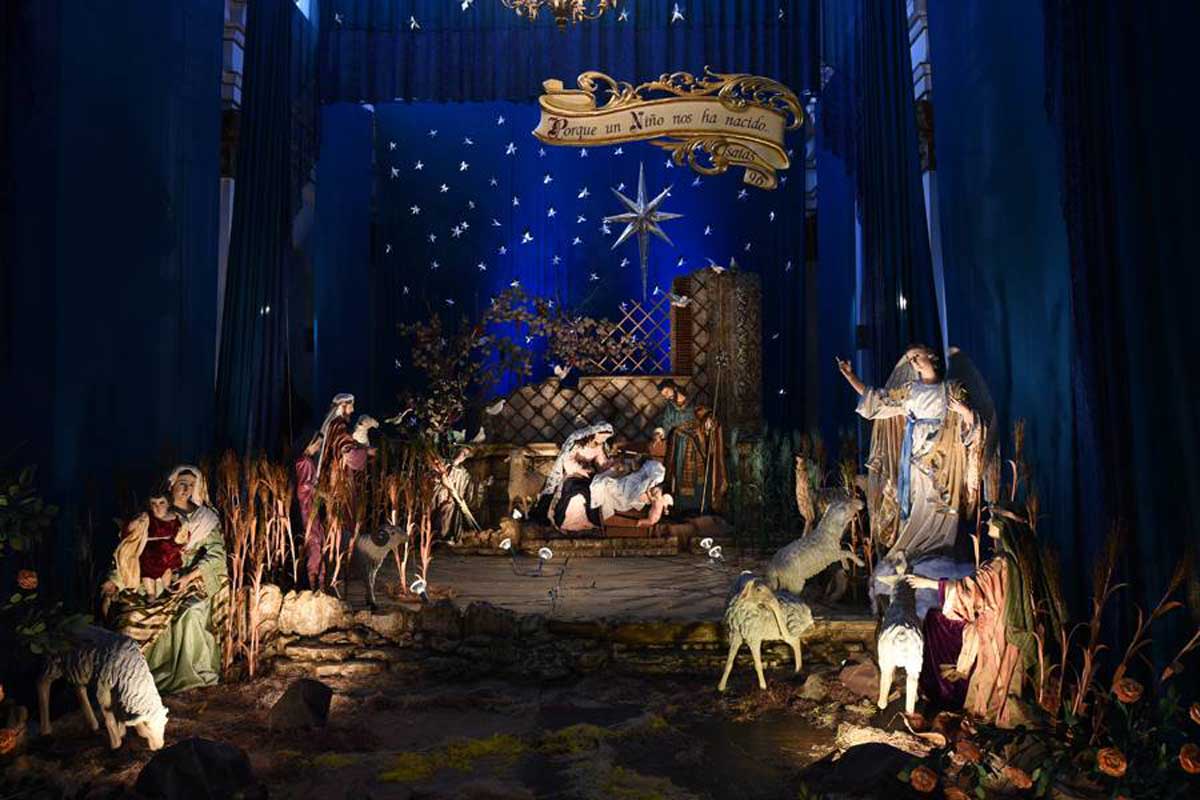 In some temples and churches, it takes up to 15 days to complete the gigantic Nativity Scenes.

The main precursor of this traditional activity in Guatemala was Pedro de San José de Betancurt in 1625, when in the houses of the City of Santiago de los Caballeros (now Antigua Guatemala), he carried out this activity.

In the beginning of this tradition, “Nacimientos” were an exclusive representation of Catholic churches; however, over time this tradition began to be practiced in the homes of Spanish families in Guatemala, and later extended to the mestizo population as an important activity in the commemoration of Christmas. 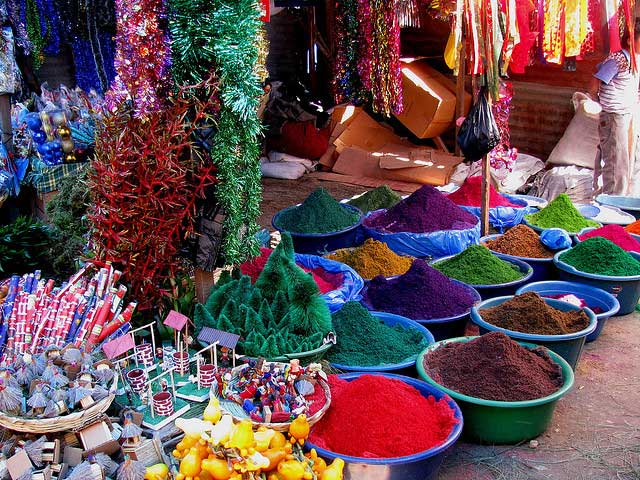 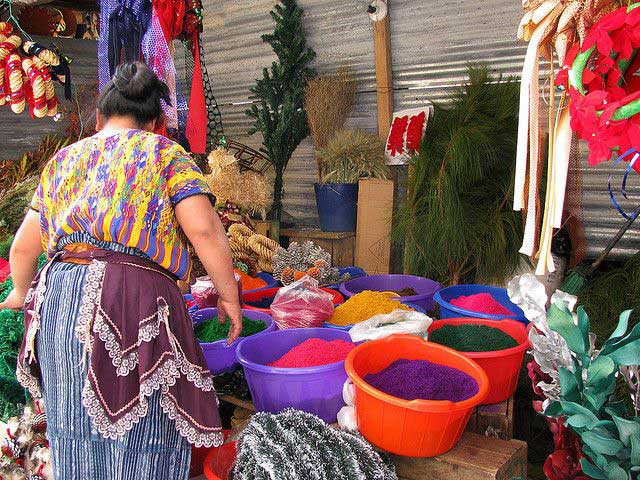 In the traditional markets of Antigua Guatemala and all of Guatemala, sawdust of different colors, pine, incense, chamomile and other endless elements that year after year adorn the usual births can be observed and bought since mid November. There is differences in how the “Nacimientos” are presented and made according to the place where they are represented. In some villages, indigenous elements can be observed in the Nativity Scenes, while in others the sophistication of lights and modern elements, give a more unique sense. 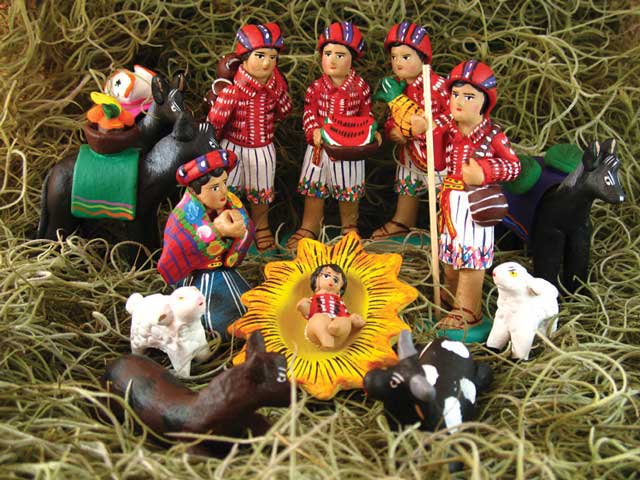 The main protagonists of the Nativity Scenes include the images of Mary and Joseph, together with Baby Jesus in a manger which is placed in the scene at midnight of December 24th on Christmas eve. The Wise Men of the east, popularly known as the Wise Men or Three Kings (Reyes Magos), who presented gifts of gold, myrrh and fragrances to the newborn, are essential figures in this tradition. The Nativity Scene is also accompanied by animals such as cows, sheep, donkeys, and other characteristics of a stable. There are places in Antigua Guatemala and Guatemala City where catholic groups deploys Nacimientos (Nativity Scenes) to be admired by the public.

Catholic families, local visitors and tourists, art lovers make tours of the Churches of Antigua Guatemala and the Capital City exclusively to see all the nativity scenes. Some of these are considered as pieces of art, for many of the figures used for the Nativity Scenes are real antique sculptures produced by artist sculptors of the time.