The Christmas Posadas tradition (Las Posadas de Navidad) in Antigua Guatemala is another strong tradition in Guatemalan culture and it is part of the end of the year holiday celebrations. Las Posadas begin on December 16th ton end on December 24th (nine nights before Christmas).

Before Jesus birth, the Roman Emperor Caesar Augustus ordered a population census, so Joseph and Mary so they decided to take the journey from Nazareth to Bethlehem. Las Posadas tradition in Guatemala represent the pilgrimage of Joseph and Mary. Biblical and historical accounts tell that Joseph and Mary did were not able to find a place to stay in Mesónes (in our days it would be a hotel), they traveled many many places, looking for a shelter since Maria was about to give birth.

Then, one of the inhabitants of the village told them about a nearby stable which was used by José and María for the delivery. It is known that the baby Jesus was born in a very simple place surrounded by the animals, commonly called in Spanish “Pecebre”. 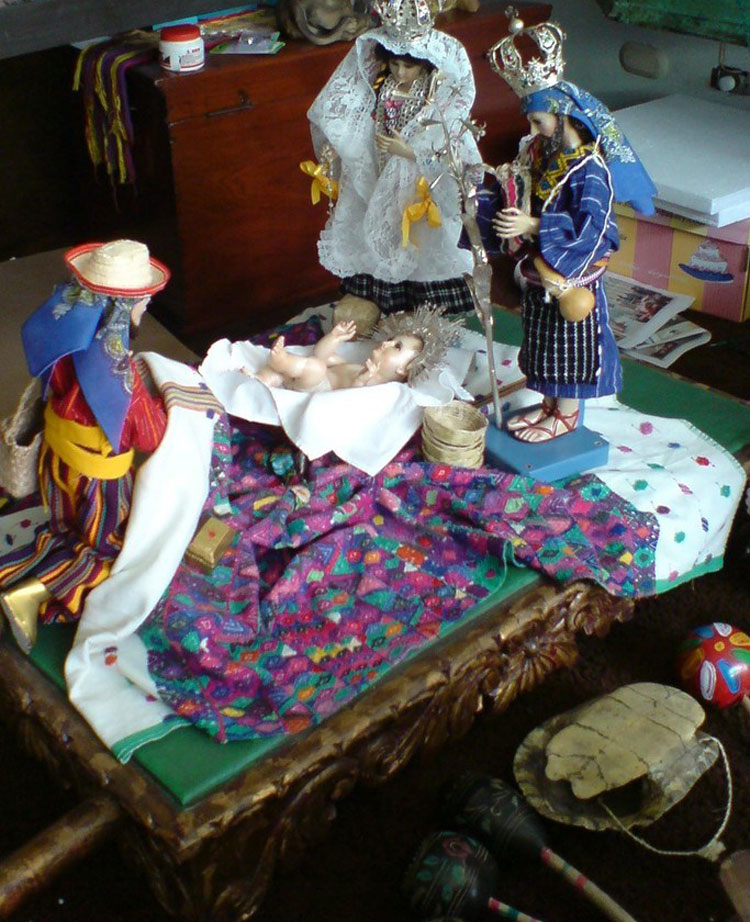 The Posadas are small processions (small compared to the ones you see during Easter Week celebrations in Antigua Guatemala) that represent this journey from Nazareth to Jerusalem, search for a shelter and a place to stay every night.

In Guatemala, it was “Hermano Pedro de San José Betancur” who introduce this tradition in 1663. On December 24 he traveled the cobbled streets of Antigua Guatemala accompanied by several Catholic parishioners. They used to carry a small procession with the images of the Virgin, Saint Joseph and Baby Jesus.

Originally, the custom of this Spanish tradition was to carry only the Baby Jesus figure, but over time, Brother Pedro included the figures of Joseph and Mary.  It was also part of the tradition that this celebration was inside the convent only, but “Hermano Pedro” changed the tradition by taking a small procession through out the streets of Antigua Guatemala and this is how it is celebrated to this day.

Back then, during the tour they pray and sang Christmas carols, accompanied by musical instruments such as cane and clay whistles, chinchines, drums, turtle shells and tambourines. The inn or ‘Posada’ was illuminated by colored lanterns with candles, something that is still done today.

Nowadays, the small procession leaves the church and makes its way to the first ‘Posada’, this is a home chosen in advance, where the host is proud to receive the travelers with traditional Guatemalan foods, such as Tamales (read the recipe here) and the traditional ‘Ponche de Frutas’ (Hot Fruit Punch - read more about here). Hosting a “Posada” is considered a blessing. The Posadas are celebrated over nine days prior to Christmas Eve, representing nine months of Virgin Mary’s pregnancy. 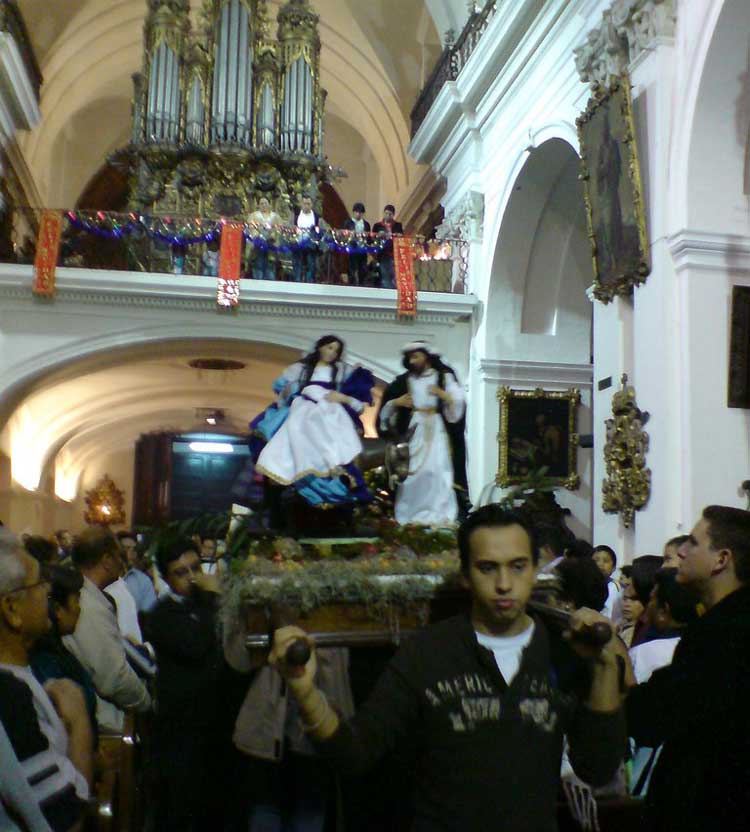 Some ‘Posada Processions’ visit up to three houses per night, the travelers in La Posada are usually are divided in two groups, one that remains within the selected house where they prey, and the second group stays outside carrying the small procession named in Spanish ‘Anda’, adorned with conchitas of straw, cords of chamomile, moss, flowers of pascuas and candles, lanterns made of wood and cellophane.
When they finally arrive to the home where the ‘Posada’ will be received, they knock on the door and sing “en el hombre del cielo, os pido posada, pues no puede andar mi esposa amada” (In the name of heaven, we ask you for shelter, for my beloved wife can not walk). The small procession or ‘Anda’ remains in this last home until the next night when the pilgrimage begins again.

On the night of December 24th, Baby Jesus figure is added to the procession, which returns to the church.