Guatemalan coffee is characterized by artisan history and tradition of centuries. Our volcanic soils as well as warm and humid micro-climates enrich the flavors of a coffee known all over the world. Guatemala’s coffee is known to be one of the best in the work.

Over the centuries, coffee growing in Guatemala has been a great tradition and is now one of the most important crops in the country.

Coffee is the world's second most traded commodity (after oil). It is estimated that the global coffee industry earns $60 billion dollars annually, yet less than 10% of those earnings end up in the countries where the coffee is produced, less than 0.5% of total earnings translate into wages for those who actually labor the production. For each $3.50 coffee-latte sold in the United States, 1 penny of that goes to the workers who do the actual work of growing and harvesting the coffee beans. 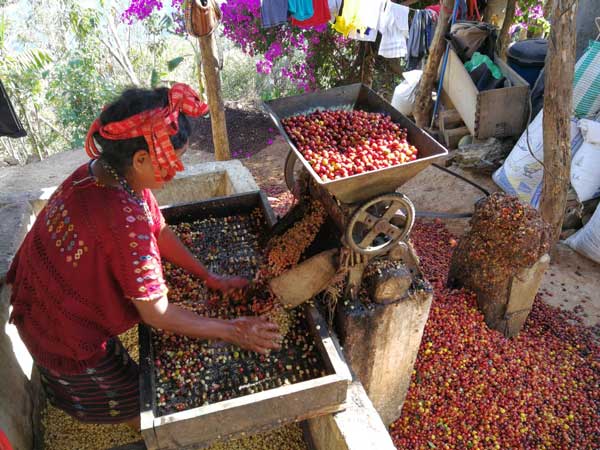 A bit of  history

The coffee plant was originally brought to Guatemala in the early 1700's by Jesuit priests, it was to be used as an ornamental plant for the convents’ gardens in Antigua Guatemala, and was not actually cultivated for coffee production until over a half century later. In 1859 Guatemala began the export of coffee, with a little more than three hundred sacks of coffee (130 pounds each bag aprox.), all of it was exported to Europe, produced by over a half million coffee trees planted in Antigua Guatemala, Coban, Fraijanes and San Marcos regions.

The Coffee produced in Guatemala is classified as "Arabica Lavados", a classification shared with the other Central American countries, as well as Mexico, Colombia, Ecuador, Peru, Dominican Republic, India and Papua New Guinea. Colombia is the larger producer of this group with nearly 35% of world production. The second producer would be Mexico with 12%. The third place currently belongs to Guatemala with about 9% of the overall production. 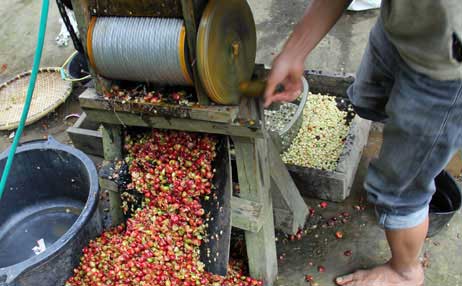 Guatemala, despite being a small country, it produces a wide variety of different coffee types. With its variety of climates and altitudes in many areas of the country, an excellent coffee is grown. So if you’re keen to explore and learn more a little about Guatemalan coffee, let us give you an introduction to it. We’re going to look at the country’s four of the best different coffee-producing regions, and the geographical differences between each other, and hopefully you can taste the differences yourself with traveling to Guatemala.

Rich volcanic soil, low humidity, sunny environment, and cool evenings characterize the coffee region of Antigua Guatemala. Antigua is internationally renowned for its high-quality coffees. This region is located in a valley surrounded by three volcanoes, Agua, Fuego and Acatenango, this gives a perfect climate for cultivating coffee. The soils are young and optimal for coffee. Fuego volcano is continuously active, sending up a fresh layer of ash rich in soil-nourishing minerals all around the valley.
The temperature ranges from 19-22 C (66.2-71.6°F) and the altitude is between 4,600 and 5,600 feet. Annual rainfall is between 800-1,200 mm and the humidity is constant at 65% aprox. Antigua Guatemala coffee is known for having a full and velvety body, a rich and lively aroma, and a fine acidity.

The Acatenango Valley sits at an altitude of 2,000 meters. You’ll find leafy forests nourished by the minerals produced in nearby volcanic explosions territory. Since the 1880’s, farmers have grown coffee under a dense shade, on the foothills of Acatenango volcano. The forest they create is a gift; a lush ecological refuge for countless species of local and migratory birds.
This area also has a low temperature, with breezes from the Pacific Ocean coast bringing relief from the Central American heat and in combination with distinct seasons, allows coffee to be sun-dried. Constant eruptions from nearby Fuego volcano keep the coarse sandy soils full of minerals. The result is an exquisite, fragrant coffee, with a marked acidity, balanced body and a clean, lingering finish.

This region encompasses all of the lands surrounding Lake Atitlan. Coffee is mainly harvested on the side of the Pacific in a region of three volcanic mountains with a high precipitation.
There are five volcanic regions in Guatemala, and the soil of Atitlán is the richest in terms of its organic matter. In fact, ninety percent of Atitlán’s coffee is cultivated on the sides of the volcanoes surrounding the majestic Lake Atitlán. There is 50 mm of rain every month in this region. Most coffee producers in this region will use water from the lake for wet processing. Instead of chemicals, organic matter is often used as a fertilizer. The high altitude (4,000-5,900 feet) results in a low occurrence of pests and diseases. Yet it’s not only the soil that impacts Atitlán’s coffee: winds known as Xocomil influence the region’s microclimates.

Out of three non-volcanic regions in Guatemala, Huehuetenango is the highest and driest of them all. This region crosses the “Cardillera de Los Cuchamatanes” with regions over 11,800 feet in altitude, near the Mexico border. Rainfall is around 2000 mm with a relative humidity of 70-80%. Thanks to the warm and dry winds that blow towards the mountains from the Mexican plains of Tehuantepec, this region is protected from frosting temperatures.
The average temperature is 23 C (73°F). The subtropical and humid climate contributes to the coffee beans' beautiful appearance and uniform maturation. The flowering is homogeneous which results in a winey, high-quality cup. Harvesting takes place from January to April, because it is a remote region, most producers process it themselves.

When traveling to Guatemala, tasting different types of coffee is a MUST ! 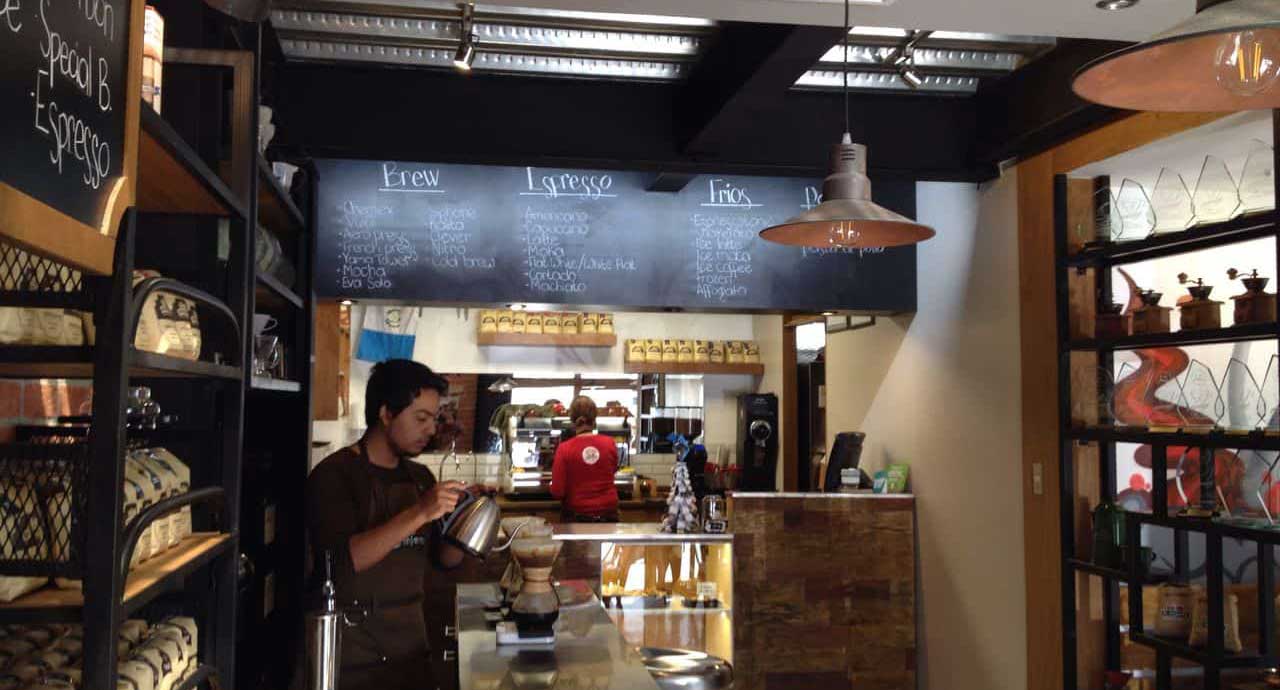