Guatemalan families begin to prepare this delicious hot drink to give a warm welcome to the Christmas season, which for Guatemalans start at mid november. The temperature begins to drop, stores are decorated already for the holiday season. And it also a very traditional drink for Las Posadas tradition in Guatemala.

The origin of this popular drink goes back a long time ago, in regions of the Arab countries, where this drink was called PANCH and included herbs, lemon, sugar and rum. Later it was exportada to Spain and other European countries and finally reached the countries of Latin America and of course, Guatemala.
Each country has given a special touch to the recipe and Guatemala as well, even each family has a different recipe, making it even more special.

As part of the custom and tradition, The Ponche must be served hot, and each cup should include a cinnamon stick, as well as other local spices. Some recipes include fresh fruits, and others use dried fruits instead, the flavor changes not just because of this, but also by the inclusion of different species, and even the sugar type that is used in the preparation.

Step 1 : Chop all the dried fruit and set aside. Chop the pineapple into small pieces.
Step 2 : Put all the fruit and cinnamon and other spices in a large pot, add the water and bring to boil at high heat.
Then reduce the heat to medium and cover and simmer for 25 mins.
Step 3 : Add the sugar the to mixture and then cover it again and simmer for another 20 mins.
Step 4 : Remove from the heat and let cool.
Step 5 : We would suggest not to consume immediately. Store it in the refrigerator for 24 hours and heat again before serving. The flavor will be much more intense and delicious. 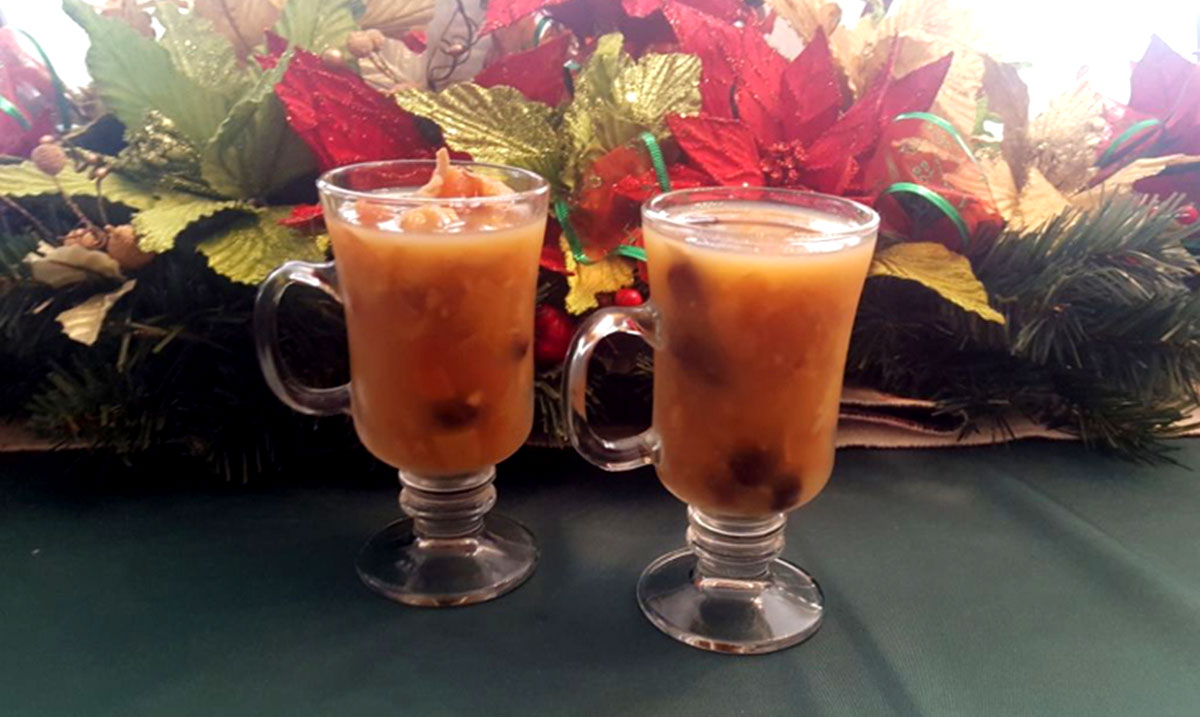 A comforting, energizing and healthy drink at any time of the day.