Corn in Guatemala has been a vital piece in the history of this country, from ancestral times with the Mayans, until today. It is part of the daily diet for breakfast, lunch and dinner. The famous tortillas are the eternal accompaniment at the Guatemalan table.

The Mayans recognized the importance of corn for their culture (according the the Mayan Creation myth, gods decided to create man from corn, this is why in Guatemala, humans kind of know as ‘men of corn’), and developed farming techniques to maximize their production. The Mayans invented the technique called 'harvest, cut and burn', this technique involves cultivating the land for two years, then burn the surface of the soil and let it rest for 5 years, and then return to cultivate it again. This method allowed them to grow corn, fruits and other grains in the same land, while other lands remained fertile for future use.

The Mayans had territories of humid soil dedicated to the sowings, these were located in the outskirts of the main cities (recent studies discovered). 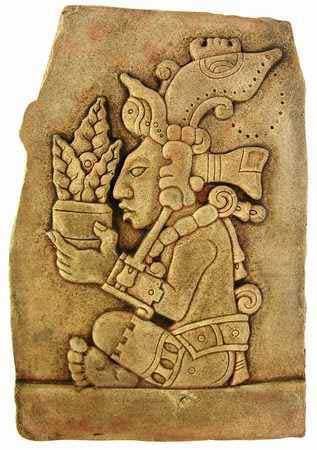 Corn represents a sacred grain, was used as an offering for each beginning of crop cycle (every 260 days), nowadays, in some towns and villages in Guatemala, farmers hold a ceremony before beginning the cultivation of corn, throughout the night they pray and give thanks to the earth, rain and sun for a good harvest. Everything the corn plant produces is used, the corn cover leaf is used for textile production in recent times, dried leaves are also used to make the popular ‘chuchitos’ typical food, the center of the actual corn is used to feed the farm animals and and the rest of the plant is used to fertilize the land.

The ancestor of the corn plant we all know today was named ‘Teocintle’, it was much smaller and had an appearance similar to that of wheat, having just a very few kernels, it grew in the wild in Guatemala, on Sierra Madre Mountain Range. The ‘modern corn’ we all find in the supermarket requires constant watering and other factors, this kind of corn could not grow in the wild on its own.

The ‘Teocintle’ wild corn in Guatemala grows mostly in Huehuetenango territories. Recent studies by ICTA (Instituto de Ciencia y Tecnología Agrícola) have proved that the Guatemalan wild-corn has genetic qualities that make it "unique", for it is able to adapt to cyclic climatic changes.

Corn is actually a whole grain and perhaps is one of the most popular ones in the world, rich source of vitamins, minerals and fiber; this plant belongs to the grass family. Products produced with this grain are cornmeal, polenta, corn flour, corn oil and corn syrup, but the most popular product in Guatemala is “La Tortilla” by far, we can not forget also the famous “Tamale” and “El Atol”.

Corn is mainly composed of carbohydrates; it is a great source of fiber, three four tortillas could contain the recommended daily intake of fiber. It is also a source of protein, but in low amounts. It also has manganese, phosphorus, magnesium, zinc, copper, vitamins: B5, B9, B6, Niacin B3 and potassium. 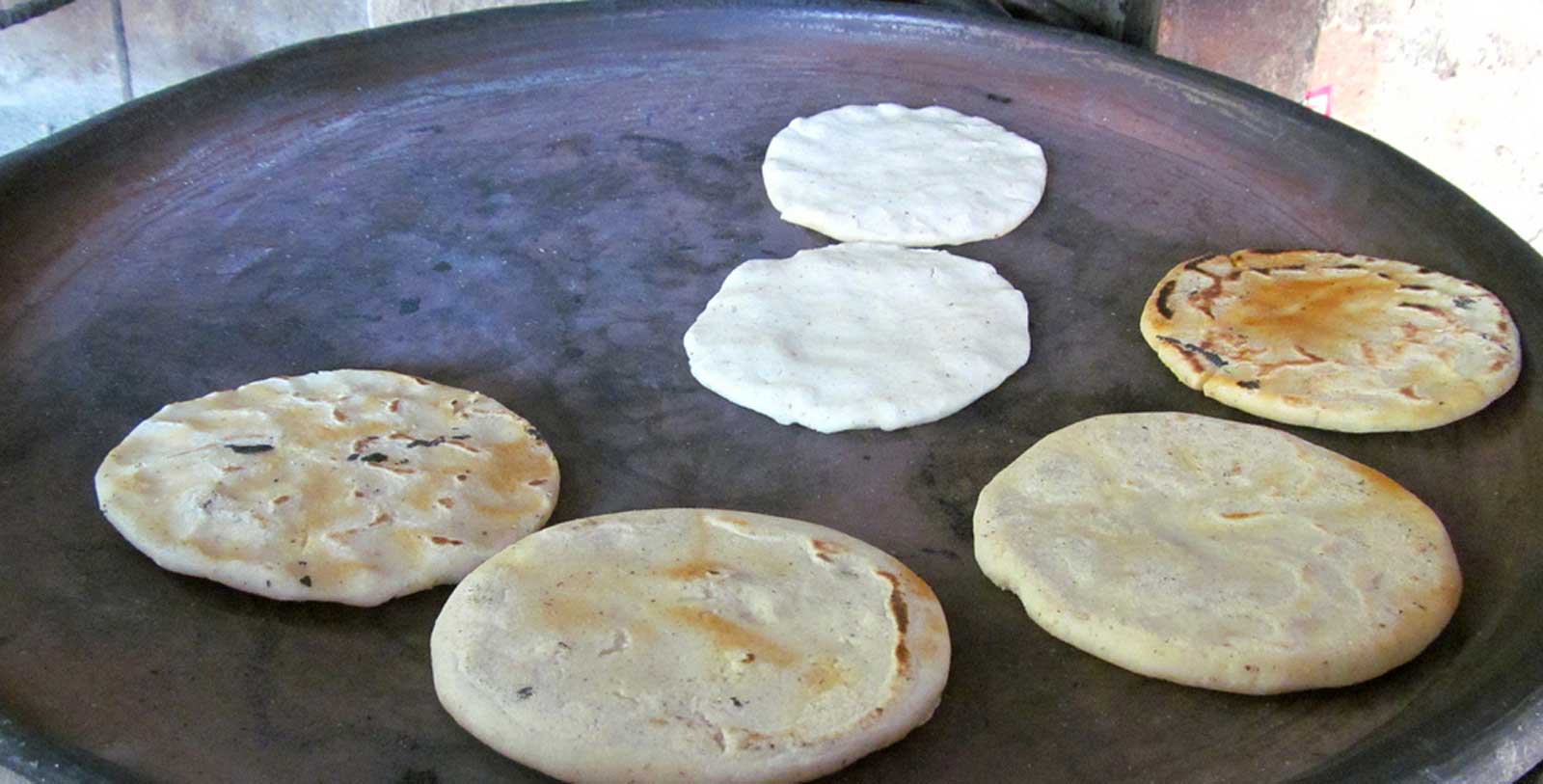 Tortillas, like we just shared, corn tortillas are of great importance in Guatemalan dining table, these are serve with every meal, in Guatemala, it is said that if there are no Tortillas for the meal, the there is no meal at all.

To make tortillas, the process begins by making the dough, the ‘corn masa’ is made with cooked and ground corn grains. This dough can be used to make tortillas, tamales and ‘atol’. Then the tortilla maker (tortillera) grabs a handful of the dough and with the hands wet with water, quickly pats and slaps with her hands to flat the dough ball to give the rounded and even thickness of the tortilla, finally the tortilla is placed on a hot comal to cook it, it is turned several times to be fully done for a couple of minutes.