Most of the churches built between 1540 and 1790 are richly decorated inside with wooden altarpieces which can be a main altar located at the bottom of the presbytery, or collateral altarpieces attached to the walls of the main hall.

The importance of religious altarpieces throughout the centuries is well known, not only for the multiple aspects of religion, but also proposing art as an instrument or tool in the communication of faith. Pope St. Gregory the Great (in the seventh century) said "There are art and paintings in churches, because those who can not read see the walls and understand what they can not with books".

In Spanish colonial times in Guatemala and throughout Latin America, religious altarpieces - beside having a function as backing and framing the altar - were built with a clear didactic purpose: to inculcate the indigenous and christians the doctrine in a visual-graphic manner, as did the mural paintings and sculptures before in the history of the Catholic Church. 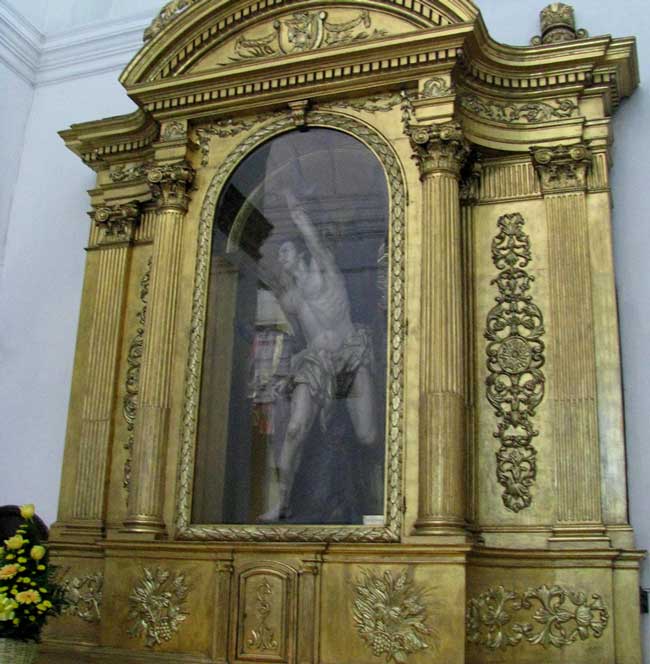 These style of altarpieces are composed of elements of architectural character, perhaps the most important are the supports such as columns and pilasters.
One of the features of the Guatemalan renaissance altarpiece is the presence of ornamental motifs of plateresque (silver) style in which we can cite: cherubs, foliage, angels, seraphim with two pairs of wings instead of three (which is the usual), medallions and lacerías.

The design is the essence of the Baroque altarpiece in which the helical movement constitutes the support that best defines the style.
Solomonic altarpieces make use of several resources to accentuate the movement produced by the helical rotation of the columns that frame a unique style that consists of opposing their turns to each other or showing two columns that oppose their turns to each other.

During the ultra-baroque, the reticular scheme that characterizes the Renaissance altarpiece and the Solomonic baroque is carried out. In the ultra-baroque, the vertical axes of the composition are blurred out by reducing the structural importance of the supports, to transform them into ornamental elements. One of the features of the ultra-baroque style is the flattening of his forehead, so instead of being support elements, these become frames for the paintings.

The ultra-baroque altarpiece generally employs different types of pilasters (mostly quite flat), and a wide variety of columns are used, among which are the salomónicas, strangled, ringed, the torn and the classicists ones. 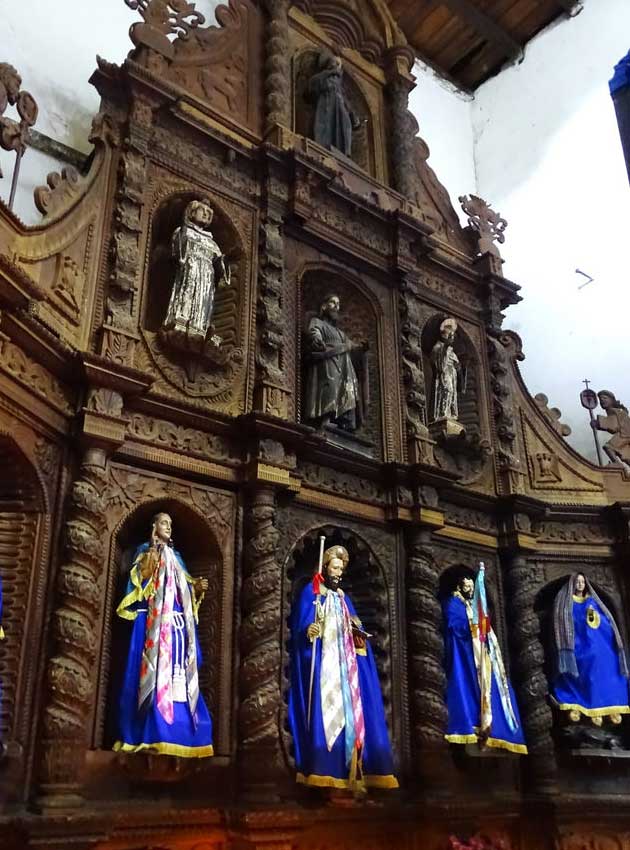