‘Cerámica Popular de Guatemala’, is the name given to the products made of mud-clay produced in Guatemala, some of these products are used for decoration and some other for cooking.

Popular Ceramics products are a cultural expression part of the Antigua Guatemala identity, rusic and simple tools are used to produce this products for different purposes.

The pre-hispanic ceramics (just like many other mayan artistic expressions) suffered a big change after the Spanish conquest. The mayan potters worked the clay on manual rotation tools, the glaze-technique (like the Mayolica Ceramics), as well as many other European methods was not known by the locals. Local potters began using new and traditional techniques to produce their clay items. 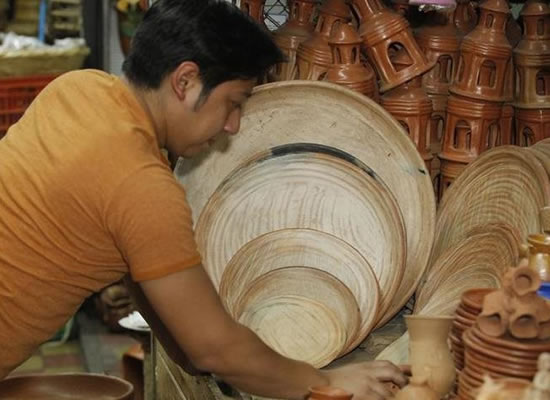 Today, Antigua Guatemala potters keep using a mix of techniques for production, yet, you can still find very old traditional ‘folk’ methods to produce not only useful items for cooking and such, but also artistic and decorative pieces. Villages and towns in Guatemala producing clay products are Santa Cruz Chinautla, Santa Apolonia, Totonicapán and Antigua Guatemala.

As part of the very traditional ‘folk’ pottery produced, you will find pots, jars, apastes, braziers, beaters, comales, porrones, etc. In Santa Apolonia (Chimaltenango) the production of huge pots produced to make the famous Guatemalan dish ‘tamales’ is quite popular among locals and tourists, as well as big ‘comales’ to cook ‘corn tortillas’ and ‘batidores’, which is a very much used utensil for the kitchen in Guatemala. Some of these have a very intense red color (although, it depends on the production area) and a strong texture, this is perhaps the pottery that is made with greater spontaneity and primitivism. 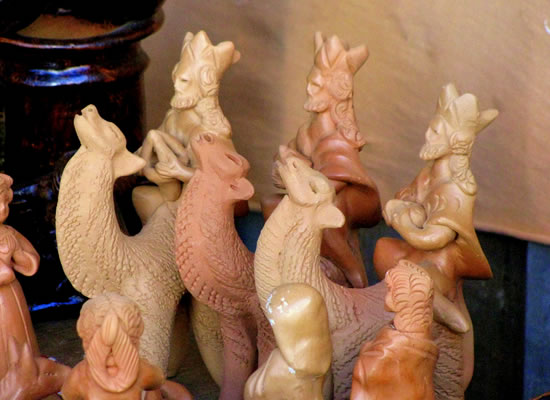 And of course, you will find other decorative pieces, such as angels, Virgins (as well as saints and other religious figures), candlestick holders, censers and many others, these are produced mostly in Antigua Guatemala. 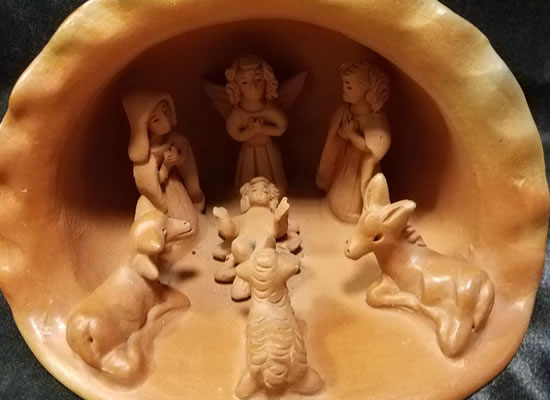