This is the traditional Guatemala Meat Spicy Stew, which is seen by most Guatemalans as the national dish. It is basically meat and vegetables in a thick and rich sauce, with a combination of roasted spices like pepitoria and sesame seeds and many others very well blended together.

The taste of the sauce is very distinct because of the roasting ingredients prior blending and pureed together which makes the trick to its uniqueness, it is usually served with rice and corn tortillas. If you are traveling to Antigua Guatemala, this is a must try. But if you wish to try to make it yourself at home, we are sharing the ingredients list and recipe for this famous and traditional Guatemalan dish. 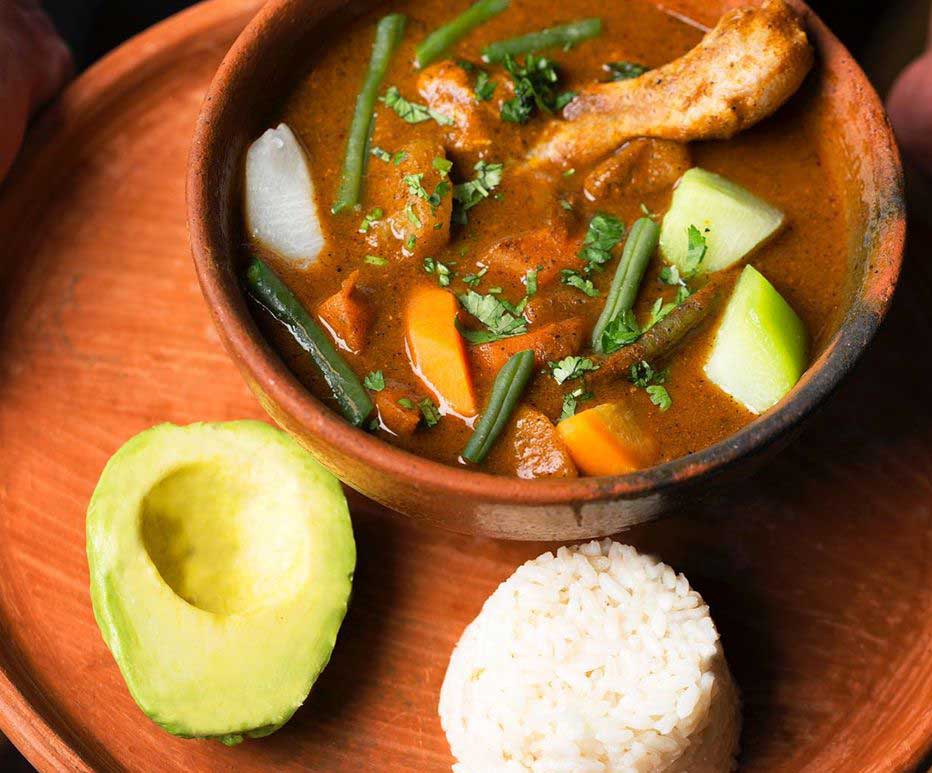 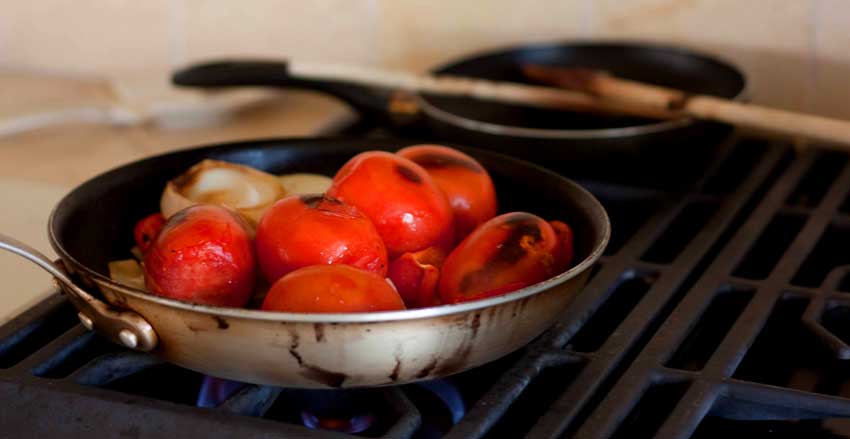 Step 1 : Put the chicken or beef in a large pot and 3 litres of water and cover it. Add the salt and the quartered onion to the water while it boils until cooked.

Step 2 : While the chicken or beef is cooking, roast the cinnamon, allspice berries, cloves, peppercorns and coriander seeds in a frying pan over medium heat until fragrant. Once roasted, transfer it to a bowl.

Step 3 : Add the dried chillies, pumpkin seeds, sesame seeds and oregano to the frying pan and toast them also at medium heat until the sesame seeds are golden brown. Then transfer all the spices and roasted seeds to a grinder and blitz to powder.

Step 4 : Heat the oil in the frying pan, add the onion, the whole tomatoes and garlic and cook them all together until the onions are golden brown. Then remove from the heat and remove the skin off the tomatoes and chop.

Step 5 : Tip the ground spices and vegetables into a blender, add the chicken stock and blend until smooth. Pour into a large pan and stir in half liter of chicken stock.

Step 6 : Mix two tablespoons of chicken stock with the cornflour until smooth and stir it into the pan. Bring to boil, stirring until the mixture has thickened a little. Add the beef or chicken, potatoes and squash to the pan, lower the heat, cover the pan and simmer for about 30 minutes or until the vegetables are tender.

Note : As a healthy recommendation, we would like to suggest you to use organic and natural products to prepare your recipes. We recommend you: productos organicos guatemala by Yogi Super Foods.