The real origin of Chocolate (cacao - the original Mayan name was ‘Kakau’) is actually from Central America and Guatemala is the epicenter of it, the native indigenous call cacao the ‘Gods Heritage’ and ‘The food of the Gods’.

If you like Chocolate, then a trip to Guatemala and its chocolate history is a must do !

The Mayan started to study and document the process to refinement cacao. Cacao then became a very important commodity.

The Mayans consumed chocolate mostly in drink form, using the mealing stone to grind the cacao beans down to an edible form, then mixed with water, honey, cornmeal and sometimes adding chilies to the fermented cacao pulp mixture for health and vitality. Recent studies revealed that cacao boost energy, reduces blood pressure and can be used to treat some ailments like asthma and other respiratory issues. Cacao was also used as an aphrodisiac, Mayan leaders have consumed large quantities to enhance their sexual stamina. 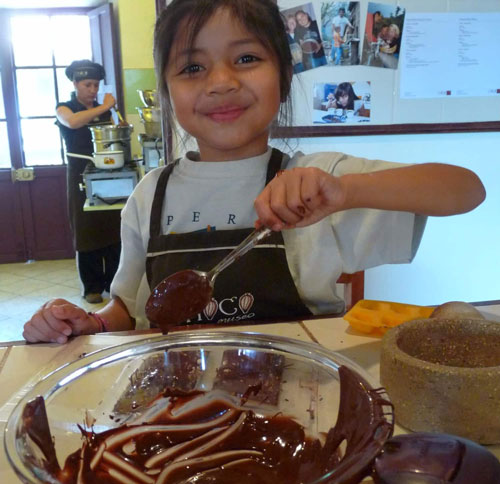 There a few different types of chocolate beans, the native one of Guatemala is the Criollo (which is the oldest one known but it takes more time to produce more seeds from), but there are others like Forastera and Trinitario. Criollo is the preferred by the experts worldwide.

In Antigua Guatemala, there are a few Chocolate stores for the sweet tooth traveler. But must stop is the Antigua’s Choco Museum, where you will learns lots about chocolate history and how it is made from bean to the bar. They have exhibits and interactive experiences, as well as chocolate making classes.