Stones and rubble were used for the first construction of the Cathedral of San José, which were part of the first capital of Guatemala. Although it was inaugurated in 1545, its construction was not completed, and it was interrupted several times over the years due to numerous earthquakes and the difficulty to transport the materials for the construction.

Due to the quality of the materials and engineering problems, the church was demolished in 1668 and the construction of a new cathedral began on April 7, 1669, a project led by Juan Pascual and the architect José de Porres, with the help of the engineer and sculptor Martin de Andújar Cantos who was known for his work of religious sculptures. The project ended in 1680. 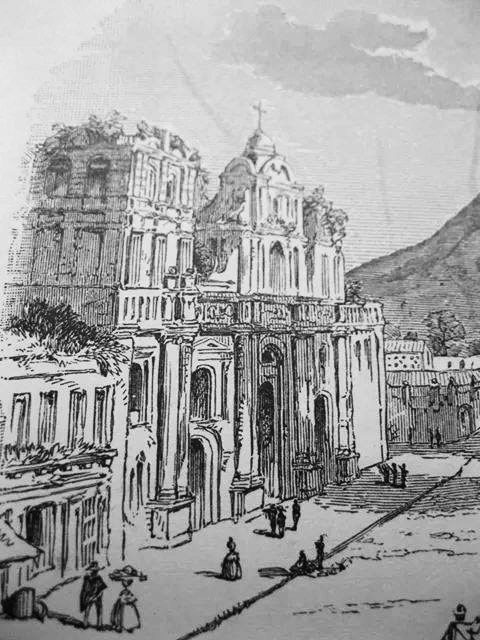 The church had five large halls or sections and 18 side chapels, each one with a dome, it also had a large tower on the left side of the main facade. The architecture was quite rich in details and decorative carvings made with stucco, sculpted shields on the domes and windows. The church had two levels in much of the building, during those times, this church was well known as the most luxurious of all in Central America and one of the most important in Latin America. Due to this, the church obtained in 1743 the rank of Cathedral (archdiocese).

In the north wing of the cathedral was the Archbishop's Palace, built between 1706 and 1711, today you can only see the original entrance door; likewise, only the stone frames and designs of the sculpted shields are found in the west wing.

The cathedral suffered severe damage during the Santa Marta earthquake in 1773, most of the church was destroyed, including the bell tower. Under the structure, there was a crypt as well as a set of tunnels and vaults whose use is still unknown. The cathedral also housed the remains of the conqueror Pedro de Alvarado who had been moved there on request by his daughter in 1568, but disappeared as a result of its destruction. 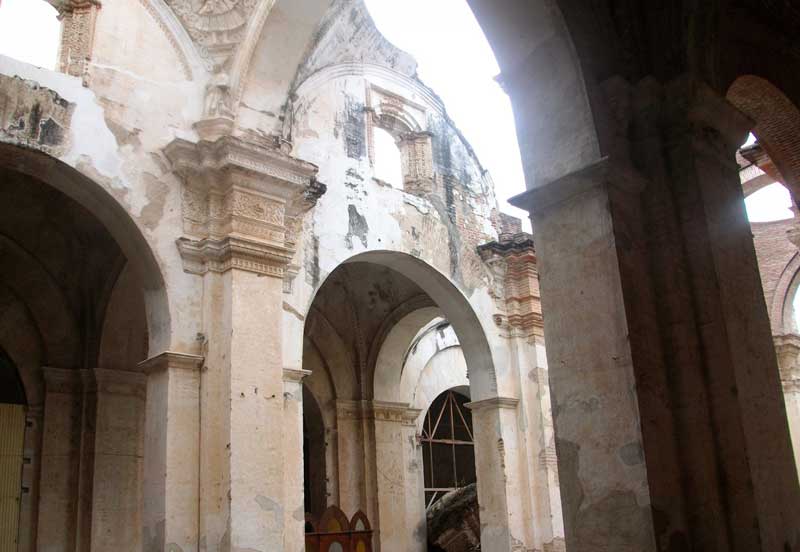 Many of his sculptures were rescued, but the cathedral was abandoned for many years. The cathedral of Guatemala was moved to the Nueva Guatemala de la Asunción (capital city), therefore, the Cathedral of San José became the Parish of San José, but due to the custom of the citizens of Antigua Guatemala, the parish continues being called The Cathedral of Antigua.
After the strong earthquake and since the church, as well as many other buildings were abandoned in Antigua Guatemala, many civilians appropriated various areas of the church ruins and used them as homes, barns and warehouses. These spaces could no longer be recovered by the church and the government. 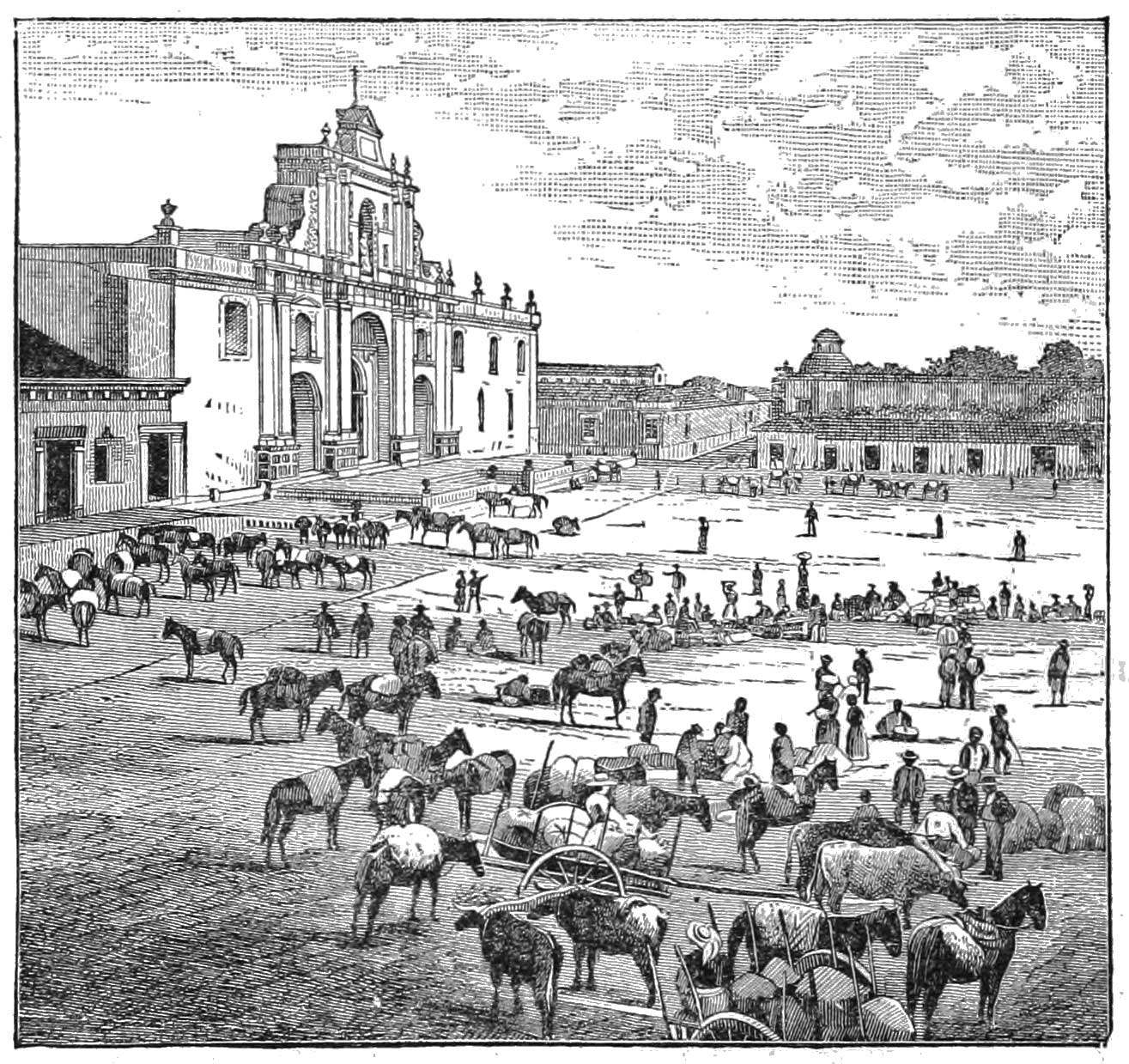 At the beginning of the 19th century, two of its rooms or halls were rebuilt and the facade restored, only until then the original sculptures returned to the church again. The cathedral of San José suffered new damages in the 1976 earthquake, the building lost stability in its structure and many of its architectural elements were seriously damaged, especially in its facade. Eventually and after much effort, a committee of neighbors of Antigua Guatemala managed to organize the reconstruction of the parish in 1985, a year later the Central Government of Guatemala allocated funds to continue the reconstruction and restoration work that ended in 1989.

In recent years, a project for the preservation of Guatemala's cultural heritage began a large-scale reconstruction project for the Cathedral of San José, which is divided into phases. The first stage that constituted the restoration of the facades has already been completed. The restoration project is large and will take several years to be fully completed; the goal is to enable access to the old halls of the church, rebuild domes and create cultural and liturgical spaces. 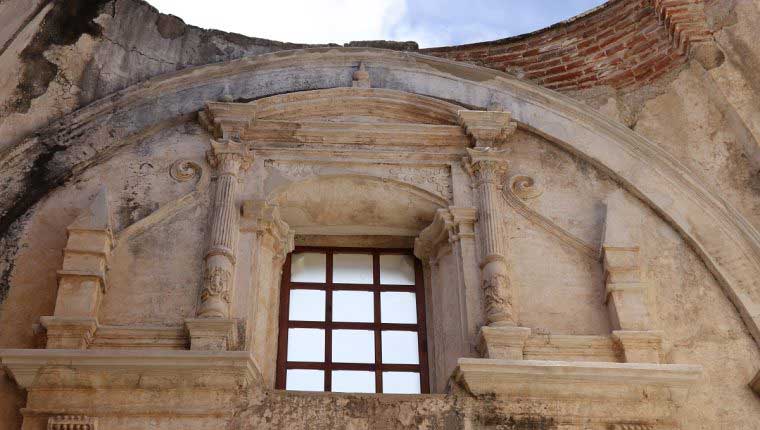 So the great Church of San José will return what was once, one of the most beautiful churches in the country and the oldest. An architectural, cultural and historical monument of Antigua Guatemala.