Chilaquilas are another of the typical dishes of Guatemala and Antigua Guatemala, in fact, it is one of the favorite recipes in Guatemala. They are corn tortillas folded, stuffed with cheese or sometimes chicken.

Chilaquilas have their history since the times of the Spanish colony in Guatemala. There are several types of Chilaquilas, which are not only prepared with Güisquil (commonly called "chayotes or chayotas"), others with ichíntal (a root very much used in Guatemalan cuisine), and the best known are prepared with corn tortillas.

It is a very versatile dish, it can be an accompaniment for breakfast, with starry eggs and tomato sauce; or for dinner, with black beans and bananas. It can also be an appetizer, or a mid-morning or mid-afternoon snack. It is basically a healthy and nutritious food.

Note that the Guatemalan name for this dish is Chilaquilas ... however, in other countries in Latin America it is known as Chilaquiles.

Ingredients for the sauce

Ingredients for the Corn Tortillas Chilaquilas 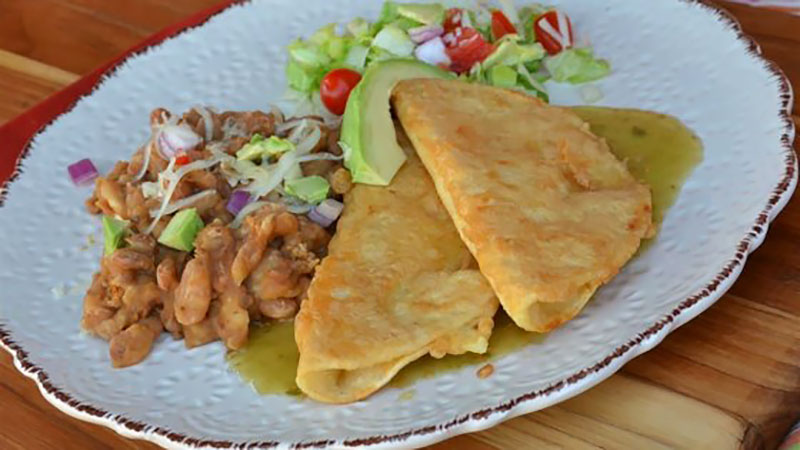 When you have finished, serve them with enough sauce on top and enjoy their juicy and exquisite flavor.